Dr McDreamy, aka Derek Shepherd (played by Patrick Dempsey) on Grey’s Anatomy, died. On set. The character was killed off before the actor’s contract was up; Patrick Dempsey had signed a 2 year contract last year for job security but then died on a beautiful day “for no reason” (according to fans).

The outcry is huge.

Can I sue a fictional hospital for wrongful death? #GreysAnatomy

@camilluddington I HAVE NEVER CRIED SO MUCH AT A TV SHOW pic.twitter.com/cmmmdDUPoU — caitlin (@sadbootyful) April 24, 2015

Fans have started a Change.org petition to ‘Bring Dr. Derek “McDreamy” Shepard BACK!!!’

Fans are saying they need this to be a dream or in someone’s head, probably a reference to how Bobby Ewing in Dallas died then, six months later, it was all a dream — after plummeting ratings inspired showrunners to reverse their decision. As I write this, there are already 40,343 signatures on the petition to reverse the character’s death.

Meanwhile, all the Game of Thrones fans are like: 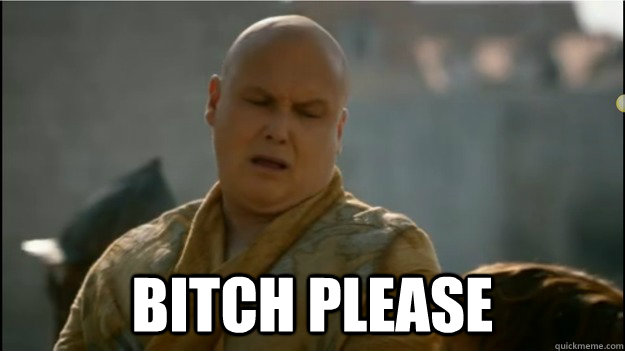