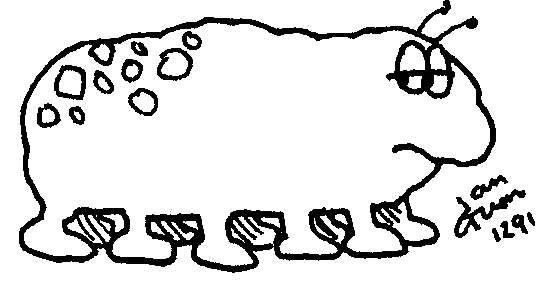 This many legged alien looks distinctly unimpressed at the stares it’s attracting. Ian Gun drew many silly illos for inclusion in zines, where the illustration is intended to house text. This may have been one of them, or it may simply be that he saw a pissed-off caterpillar one day.