Warning: because I’m reviewing 3 seasons of Manifest in one review there are some spoilers.

A plane leaves the Caribbean bringing a lot of American nationals home to NY. Only it disappears for 5 years en route. When it finally arrives, officials divert the plane to another airport where the people are DNA-tested, medically examined to learn that yes they are the same people and they are the same age as when they left. And officials interrogate them to find out where they’ve been. Despite the mysterious time lapse, the manifest shows everyone’s the same age they left so eventually authorities release them.

Unsurprisingly, many partners, families and friends mourned then moved on. Lives become complicated.

The central focus is on sister and brother Michaela Stone (Melissa Roxburgh), Ben Stone (Josh Dallas), and Ben’s son Cal Stone (Jack Messina). Michaela came home expecting to accept her boyfriend’s, Jared Vasquez’s (J R Ramirez) proposal but he’s married someone else. Ben’s loving marriage to Grace (Athena Karkanis) then his disappearance and subsequent reappearance disrupts. Ultimately, Grace is so glad to get her son Cal back that she covers up. Cue soapie.

With all this relationship disruption, Manifest starts as part drama and part soapie. However, it becomes obvious that passengers experience psychic phenomena. And that really puts the cat among the pigeons. Or the dogs on guard … never mind.

Michaela is a cop who’s reinstated upon her return. Her visions and auditory commands are obscure but non-compliance with those psychic commands causes severe headaches. Although she appears like a rogue cop, she’s solving cases and helping people. And, without credible sources or investigative processes, suspicion falls on her.

Over the course of the three seasons, white characters including Michaela and Ben find answers from religions and archeological artefacts from countries like Egypt. In contrast, two Indian women, Saanvi Bahl (Parveen Kaur) and Dr Aria Gupta (Mahira Kakkar), become excited when they find Christian answers.

The Christian thread becomes stronger, gradually overwhelming the storyline, while the Egyptian-based “finding” imbues survivors with a fear that all must comply, one failure will cause all to die together. Thus the plot turns to fear-based motivations, attempts to control, and divisive factions. Basically Manifest follows plotlines similar to The 4400 and several other TV series.

With the Christian thread moving towards dominance, particularly after the piece of Noah’s Ark made an appearance, it seems Manifest was self-conscious (self-righteous?) about it’s choice of diverse cast. It seems the writers and showrunner decided a diverse cast gave them permission to lean towards Christianity and, potentially, religious bigotry. However, their use of the Egyptian story to justify a “one sinner, all burn” outcome becomes contradictory. And, as a Bible college graduate, I cast extremely judgey looks while sparing you my religious exposition.

Although the first two seasons are a pretty solid and enjoyable B-grade TV series, the third season went down the crapper. The term “jumped the shark” was used to describe Happy Days, a series that went for too long. In one episode, a leather-jacket-wearing Fonzie waterskied and jumped a shark, foreshadowing worse storylines and a general deterioration of the series. Not only did Manifest “jump the shark” for season three, it went down the toilet.

S03E06 flushed the series and it went downhill from there. In this episode a character with a dislocated shoulder is trapped on a ledge below a cliff. Other characters are in imminent danger so the logical thing would be for the guy at the top of the cliff to race off, save those under threat, then return with help to rescue dislocated-shoulder-person. Right? Apparently the writers didn’t see it that way.

So we have the inevitable “those other people are in immediate danger but I’m going to climb down the cliff then help dislocated-shoulder-person to climb up the cliff. Then LATER, AFTER climbing up the cliff, I’m gonna relocate the shoulder” trope. And it gets sillier from there.

Manifest started better but by the end of season 2/early season 3, becomes a predominantly Christian storyline. Except they use an allegedly Egyptian story to justify an “everyone does the right thing or, if one person doesn’t, we all die” theme. The “safe” space is then called “the lifeboat”.

The first two seasons of Manifest were enjoyable B-grade stories with good acting, character development and evolving relationships that weren’t too unrealistic considering the “back from the dead” basis for the series. I enjoyed them.

Season 3, however, was utter trash. I struggled to finish watching the season. I won’t be watching further seasons unless I hear from a reliable source that the creators lifted their game.

I’m curious as to whether the showrunner and/or writers changed between season 2 and 3 or if they changed just before episode 6 of season 3. I may look it up just so I can avoid those “creatives”. And, seriously, when Silkie “does her jobs” I pick up the poop and bin it, I don’t put it on display for people to “enjoy”. Those people should bin their shitty ideas instead of putting them on TV. In my opinion.

Manifest will have a fourth and final season. It “was canceled by NBC in May despite remaining a consistent top-10 show on Netflix, which streams reruns (and performing well in USA TODAY’s “Save our Shows” poll)”, according to USA Today.

I think Manifest is part Vampire Diaries, part Raising Dion, part The 4400, and so on. 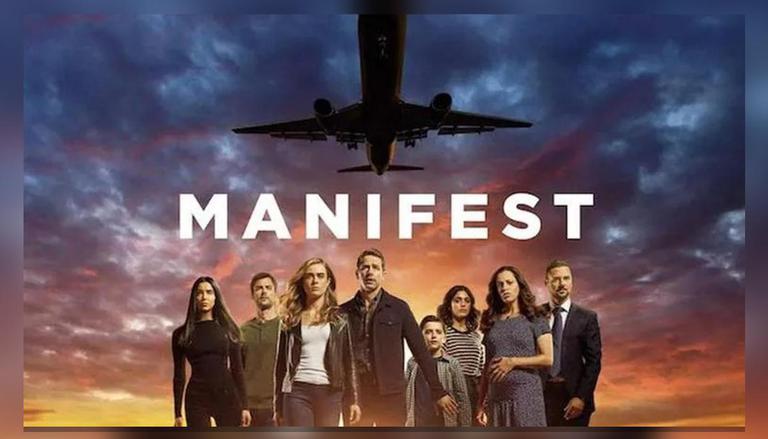