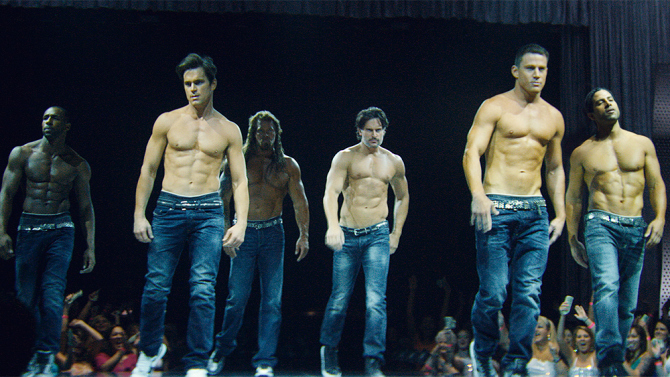 A group of male entertainers head to the Myrtle Beach Stripper Convention for one final hurrah before they retire. Along the way shenanigans and sexy times ensue.

Magic Mike XXL makes no effort to hide what it is. It’s a film experience for ladies and so-inclined men to drool over the flexibility, gyrations and abs of some very attractive men. If you’re going for the plot, you will leave disappointed. It’s not a bad plot or particularly awful dialogue, nor is the acting especially cheesy but they’re not by any means the best part.

I hadn’t seen Magic Mike before seeing the sequel, assuming that it wouldn’t be particularly hard to follow. While not seeing the first film beforehand did not lessen my enjoyment of Magic Mike XXL’s primary draw, I was left with several questions. Who is the person they keep discussing? Why don’t they like each other? Why did they do that? Et cetera.

The soundtrack to Magic Mike XXL was, as one would expect, fun and upbeat. A particular favourite is Matt Bomer’s rendition of Bryan Adams’ Heaven.

Overall Magic Mike XXL is a bit of fun, a lot of eye candy and some groovy tunes. Recommended for a fun night in with the girls (or so-inclined-guys). BYO mops.