Maggie Vogel (Abigail Breslin) wanders city streets, passing ruins and wrecked cars, until she is apprehended by security officers who take her to quarantine. Wade Vogel (Arnold Schwarzenegger) drives long-distance past farms burning, through ruined towns, until he arrives at quarantine. A close family friend helps Wade get Maggie out so he can take her home for the last few weeks of her life.

A zombie bit Maggie so now she has the necroambulist virus.

On the way home, a zombie ambushes Arnie when he visits the men’s room. It’s Arnie’s first zombie kill.

When they get home, Maggie’s half-brother and -sister say their farewells and are packed off to stay with an aunt to keep them safe. Caroline (Joely Richardson), Maggie’s stepmother, is supportive. At first. Although her priority is protecting her children.

Caroline and Maggie’s relationship gets this movie past the Bechdel Test goal-posts.

Arnie may not be the world’s most fabulous actor but he gives a solid performance as a father facing his daughter’s terminal illness after her mother, Wade’s first wife, died. Except when he’s ‘sleeping’: then he looks like a kid with his eyes scrunched closed saying ‘I’m asleep, don’t wake me up’. It’s great seeing him growing older on screen and, unlike Harrison Ford in Firewall, cast in a role suitable for his age.

Breslin has come a long way from Little Miss Sunshine, delivering a convincing performance as the sulky run-away teen now facing death-by-zombie-virus. I kind of wanted more tanties but DEATH BY ZOMBIE VIRUS.

Maggie is an exploration of relationships and grief when confronted by a terminal illness with added tension because IMPENDING DOOM. Pacing and mood reminded me of Lars Von Trier’s Melancholia and yet Maggie is simpler, more focused and less pretentious not to mention MUCH SHORTER to its benefit and my immense relief. The end of the story is unexpected and yet it’s foreshadowed. Maggie inhabits a Venn diagram betwixt literature, humanity and zombie-horror. Some viewers will whine that there’s not enough brain-munching. Other viewers may miss out on an excellent story because, like me, they abhor the zombie genre. This is one movie that is so much more than ‘just’ a horror story as evidenced by its 2015 Tribeca Film Festival Award. I highly recommend Maggie. 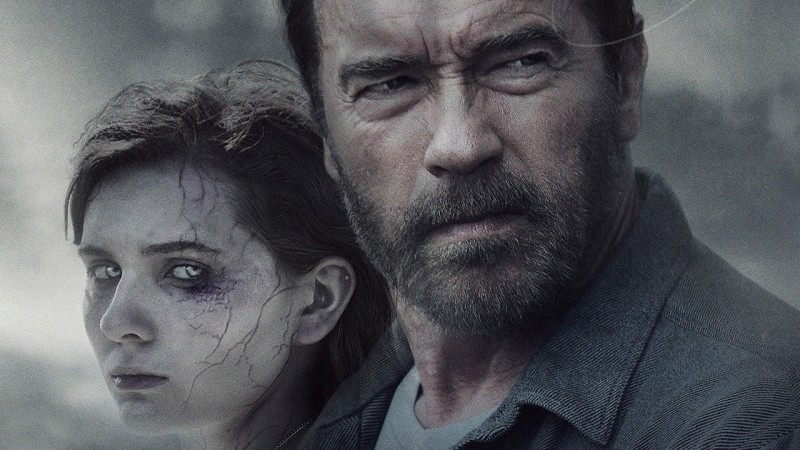