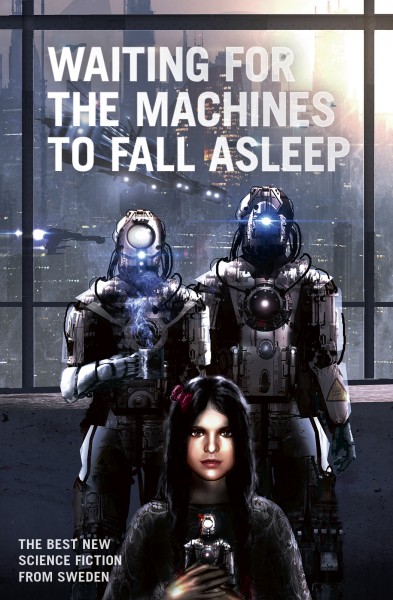 May 6th saw the release of Waiting for the Machines to Fall Asleep, the first English-language speculative fiction anthology with Swedish authors only. The book features 26 stories, showcasing the best of the new wave of Swedish science fiction and speculative fiction authors. Lupina Ojala and Andrea Grave-Müller are two of them – here they tell us about some of the challenges they met when writing their stories, the dystopian “The Order of Things” and the humorus urban fantasy “Wishmaster” respectively.

For a Swede, writing in English means that we will face some challenges. One of the first is keeping to one kind of English. In Sweden, when we learn English in school, we mainly learn British English. But when we watch TV and movies, or listen to song lyrics, we get used to hearing American English. The consequence is that most Swedes mix different kinds of English, not just British and American but also, for instance, Australian or Irish English. Both of us confess to being guilty of this sometimes!

Another challenge is to find the most suitable expression. It doesn’t always come naturally when writing in a foreign language. English has a lot more words for the same thing than Swedish does, and some Swedish words don’t have any English counterparts. It’s far too easy to make a mistake and put in another nuance than intended. On the other hand, this can also be a good thing. Sloppiness is certainly not an option and in the end the text might end up a lot better than it had if written in your mother tounge.

The use of idioms is another thing that can go very wrong. Even if the context is correct, it might not add the intented tone to the text. Lupina used an old-fashioned idiom in the original version of “The Order of Things” and was then told by a native speaker that it’s mostly used by elderly people. Probably it used to be a really hot expression in the 50s, but outdated idioms don’t go well into a futuristic story. She decided to play it safe and the phrase was re-written into literal language.

On the other hand, writing in English can also offer new perspectives. For instance, Andrea’s story ”Wishmaster” started as an idea of a red-haired goblin girl holding on to the back of a garbage truck. ”Goblin” is obviously not the Swedish word for this type of creature – we would usually call it ”vätte” or maybe ”troll”. But Andrea never thought of this girl, Ella, as a ”vätte”. She was a goblin, period. If ”Wishmaster” had been written in Swedish, it’s very likely that Ella and her friends would have been completely different creatures – which in turn would have lead to a different story.

We both consider writing in English harder than writing in our own language. But it also makes us very much aware of the words and expressions we use. It was a fun challenge and we would very much like to do it again! 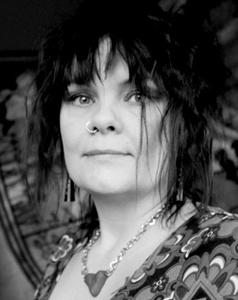 Lupina Ojala is a freelance graphic designer and copywriter. She absolutely adores the long Nordic winters and finds them inspirational – dystopian and apocalyptic stories are best written in such a dark environment. Other favorite genres of hers are fantasy and steampunk. She has participated with short stories and poetry in a number of Swedish anthologies and her debut novel saw the light of day in the spring of 2015. When not reading or writing fantastic fiction she enjoys practicing Japanese martial arts and spending quality time playing MMO games with her teenager. 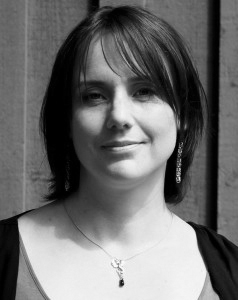 When Andrea Grave-Müller was a little girl, she learned how to write. She started to write stories. She hasn’t stopped so far. Now, several of her fantasy stories have been published in Swedish magazines and anthologies. Her first collection of short stories was published in 2014 and received excellent reviews. Andrea has a university degree in archaeology, works in administration and has two children. Her interests include literature, history, gaming, music, martial arts, yoga, crafting, and a whole bunch of other things. Apparently, she still hasn’t realized that the day only has 24 hours.