Anyone would think that I’d been talking to Armageddon organisers in my campaign to bring conventions into the future.  I’ve talked to whomever would listen about streaming convention content at the fraction of the price for a ticket and how this serves to capture an untapped market – those who are too distant, too busy, too apprehensive, too broke – to attend in person.  We have some good conventions locally in Melbourne and Australia, but not everyone can attend for lots of reasons.  Using BlizzCon as an example, I’ve talked about streaming content.  The reply: but then people won’t attend, we won’t make as much money, we won’t be able to bring the guests over…

AAAARRRGGGHHH!!!  Don’t you think that if the content is so good that people enjoy it online that they’d try to come for the live experience?  Don’t people listen to CDs and then go to live concerts?  Or do you believe that live concerts are a thing of the past now we have recorded music?  -_-  The online experience can be good for lots of reasons.  If it’s too difficult or expensive to attend – you have kids or you can’t afford plane fare and accommodation – then watching it online saves you the hassle of coping with kids in panels (I’m BOOOOOOOOOOOOORRRRED, MU-UM!)    I was hoping to attend the national SF convention next year, I’d even bought a ticket, but after a couple of months of hubby’s unemployment I refunded my ticket.  It’d cost a cool $1000 in airfares and accommodation that I just don’t have.  I’d pay $50 to see a good selection of panels online, though.  (Full attending fees for the convention are about $200-ish at the moment.)

Guess what Armageddon has done?  FOR $5 A DAY (Saturday, Sunday and Monday) YOU CAN SEE THE MAIN STAGE ACTION.  I’m tempted.  I need to check their program and my diary – I could catch some of the things I missed in Melbourne. I missed that Game of Thrones panel for starters.

This is the way of the future, folks.  It provides people with an opportunity for Eattendance that may not be possible otherwise.  Imagine – people living in the USA and Canada  would be able to attend our national convention although they’re unlikely to travel to attend.  We could use Skype to get people on panels who wouldn’t otherwise be able to make it.  We could have hangouts as well, a coffee klatche (or however you spell it) just for the cyber-attendees…  WE COULD BUILD THIS COMMUNITY.

And people who want to dip their toes in the water before leaping in to this strange new world of conventions and expos can get a little taste.  Some lovely people on twitter were saying that they’ve never been to conventions or expos before but they’re planning to attend Armageddon next year after seeing the panels I put up on YouTube.  They had a taster and realised that it’s fun and interesting and now they want to come.  If ‘conventions’ are also opened up to the public eye so people can see that attendees don’t have two heads and three arms, the content is interesting, they get to meet their favourite authors and so on, new people would come and check it out. 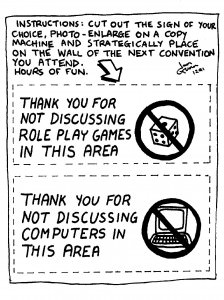 Armageddon NZ website gave the links for the live streaming event, saying, “Cannot make the event, but want to see the action, check out our online streaming for the three full day main stage events – SATURDAY – SUNDAY – MONDAY. Click on the links for access and enjoy the show, both before and after the event.”

The streaming started a bit after midday in New Zealand, 10am Australian Eastern Standard Time.  It seems it starts AFTER the movie the ran in the morning.  This means that tomorrow it’ll probably start at 9am AEST (Melbourne time).