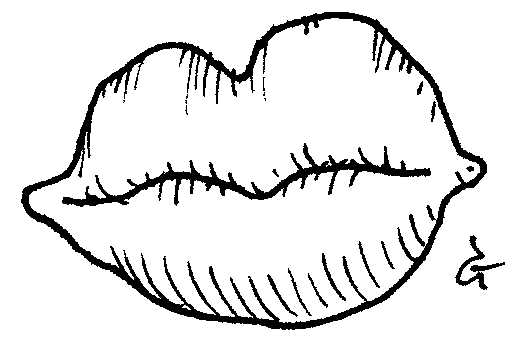 These lips remind me of that Kenny Everett episode with the Mick Jagger lips: every time the singer turned around, the lips got bigger and bigger until the person wearing the lips was no longer visible at all!