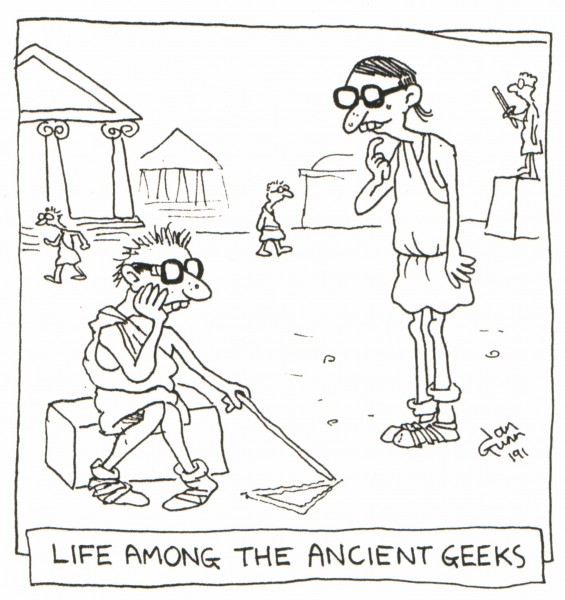 In Ian’s version of Ancient Greece, round-shouldered bespectacled geeks wander around inventing Pythagoras’ theorem and the like.