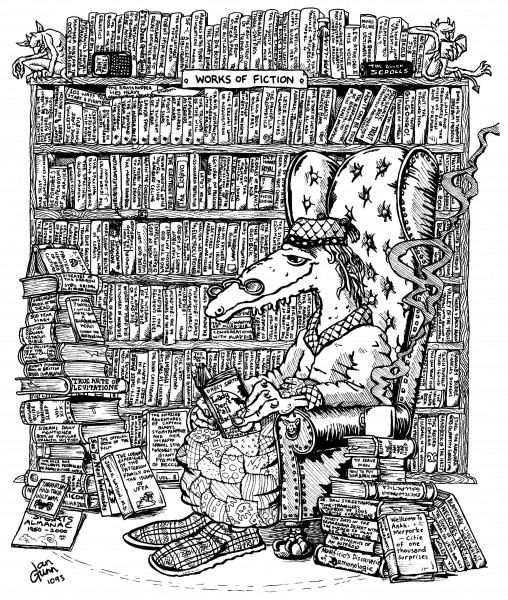 I can’t make out many titles in this library but I see at least one mention of Ankh-Morporke so obviously Ian Gunn had great taste. I’m not sure if the avid reader is a Grandma or a crocodile or alien in Grandma’s clothing, but I’m almost tempted to come closer to inspect the books… and risk finding out.