The film showed omnipresent guards from a company named HESS Security wearing black uniforms, boots and with military haircuts. They were employed to keep order at hostels and budget hotels where foreign workers stayed….The documentary provided photographic evidence showing that guards regularly searched the bedrooms and kitchens of foreign staff… Another worker called Maria said she was thrown out of the cramped chalet she shared with five others  because she had dried her wet clothes on a wall heater. She said she was confronted by a muscular, tattooed security man and told to leave. The guards then shone car headlights at her in her chalet while she packed in an apparent attempt to intimidate her…

[staff] could be fired at will. On arrival in Germany, most were told their pay had been cut to below the rate promised when they applied for jobs at Amazon.

The company said: “Although the security firm was not contracted by Amazon we are, of course, currently examining the allegations concerning the behaviour of security guards and will take the appropriate measures immediately. We do not tolerate discrimination or intimidation.”

I’m waiting to see Amazon distribution centres open in Australia: we have minimum conditions and pay over here. 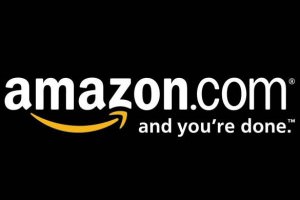