Violeta Graceling and her brother Arien are orphans living with “Mother”, a woman who repairs and creates religious icons. As you’d expect, she’s judgmental and severe, of the “spare the rod, spoil the child” category and she does not believe in spoiling the child. Arien is haunted by Shadows with a capital “S”. Mother is really angry, violent, until they’re on the brink of disaster. Then Rowan, lord of Lakesedge, rescues them because he believes Arien can help him.

In their new home, Violeta is haunted by water running down walls. Malicious spirits seem intent on killing her. She tries to protect Arien only to learn that she had magic but gave most of it up in circumstances that she must remember.

Lakesedge is billed as a gothic romance, with the likes of Juliet Marillier blurbing it as such. With a seemingly haunted mansion, a boy who is at least part monster, a brother whose darkness continues to plague him, and a vulnerable girl desperately seeking solutions and the power she once held, Lakesedge is all that and more.

Clipstone more than nods at iconic works that came before, including Secret Garden. Personally I was always somewhat troubled by the original Secret Garden for reasons I could not quite name as a child. (Disabled child is magically healed – but no one could heal me.) Although I suspect that Clipsall will, by the close of this trilogy, heal the important characters – it’s a common enough trope although it’s a rant-worthy one – I still think Lakesedge is far more readable than the original. Plus the garden isn’t the central story, it’s a subplot. But it’s not the same. O I’d love to say more but spoilers!

Lakesedge’s god is a Lady but, at Lakesedge manor, Violeta discovers the aristocracy worship two gods: a Lady and the Lord of death form part of the same shrine. She’s horrified and yet begins to grasp the significance of this icon and those dynamics. I’m fairly sure more of this will be revealed in future installments of the trilogy. These characters are archetypes and also opposites. It seems Violeta’s magic is from the Lady, which makes the Lord of death her shadow (opposite). It’s impossible to discuss this aspect of the novel coherently AND briefly, so this article, a book about archetypes in a different novel, is one way to start exploring the issues.

Other characters are also Jungian archetypes, similar to the dynamics of the original Star Wars trilogy. Use of archetypes resonates with readers who can, even ignorant of this mythology, perceive personal relevance and eternal storytelling tropes.

Lakesedge is a gothic romance with a dystopian backdrop, an impending apocalypse and Jungian archetypes. The central characters are teens and one tween so it’s definitely YA (Young Adult). I’d like to see schools use Lakesedge in literature classes and, perhaps, compare and contrast it with Shakespeare or other more traditional stories. There is a wealth of potential here for teen book clubs and high school literature classes that could also – shock horror! – make Literature and literacy enjoyable! I highly recommend.

If gothic novels are your jam, you might like Shadow in the Glass, a gothic horror. And Gallant by V E Schwab is gothic but not romantic. If young adult novels are your jam, you might be interested in one of the books I’ve reviewed here. And I’ve read a few romance books lately that I thoroughly enjoyed so you might be interested in some of them. Because reading is addictive: you can’t just read one novel! 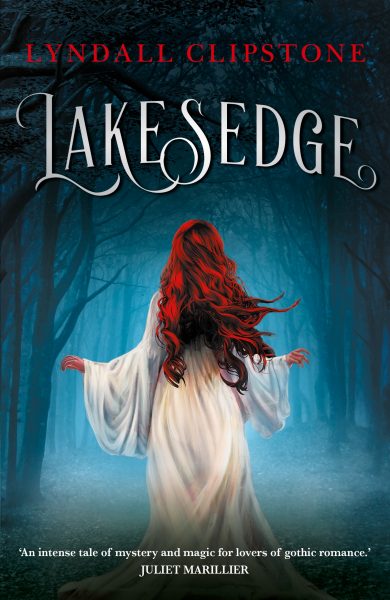