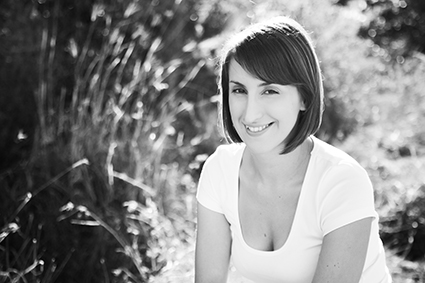 All the world’s a stage,
And all the men and women merely players;
They have their exits and their entrances,
And one man in his time plays many parts,
His acts being seven ages.

It’s this quote that began my fascination with the idea of disguise and performance that became the central theme of my young adult novel, Masquerade. We all play different parts in our daily lives. We all wear multiple masks, however, we like to think the opposite is true. There is this idea of an essential self in modern dialogue. We are often told to ‘be ourselves’ or ‘find our true self’. In the 18th century, Venetians embraced the idea that the world is a stage in their annual six-month celebration of Carnevale. They not only put on masks for balls and attending the theatre, but for all occasions. Everyone wore them: nobles, priests, prostitutes, shop keepers, even beggars. This kept 850 mask makers in business at the time. Disguise and pretending were a part of everyday life; it was expected, normalised. You can imagine what fun could be had and what dramas could unfold.

In the glittering masked world that is the Carnevale of 1750 everyone has a secret…  Seven teens, from the highest aristocrat to the lowest servant, are all consumed by their own secrets: their loves, desires, loyalties and betrayals. Their entwined dramas are played out in Venice’s ballrooms, theatres, palazzos and promenades where delicious gossip, devilish fun and dangerous games threaten to unmask their secrets and even destroy their lives. All the world’s a stage.  Let the show begin.

This is the blurb for Masquerade, which was published by Penguin Books Australia on 23rd July 2014. This article is going to attempt to unmask the inspiration behind the book, the many influences I had, and the writing process with a particular focus on creating the characters.

Given my fascination with disguise, performance and acting, it felt only natural that Masquerade be set out a bit like a play. There is a character list at the front of the book and the story is divided into five acts, each beginning with a quote from Shakespeare that relates to the events in that act. In addition to creating the feel of a play, both the acts and the character list have a really practical function of helping readers keep track of the many characters and setting the pace of the book. I always admire authors’ use of interesting devices to structure their novels, as seen in many of John Green’s books, and I believe little touches like this help make a book unique. Masquerade features an ensemble group of characters, meaning there is no single main character but several of them, and each are given equal page or screen time. Think Downton Abbey or Gossip Girl, or even Friends. In Masquerade, each chapter is written in third person from one of six different characters’ point of view (though most people consider Marco a main character, I choose not to write from his point of view). It is not common to find books written from the point of view of more than three or four characters. I believe it is a writer’s job to push limits and experiment with different writing styles. That is what I tried to achieve in Masquerade.

There were several reasons I chose to write with so many alternating points of view. Firstly, I love TV shows with an ensemble cast like Gossip Girl because you are able to become invested in so many characters and get to be drawn into so many different storylines. There’s something very pleasing when many storylines interweave, and also something very Shakespearean.

Shakespeare is known for the abundance in his plays – his amazing ability to get so much into them while still being coherent. That became one of my goals when writing Masquerade, both in terms of plot and character, which is another reason choose to write from six different points of view.

The first challenge with writing the characters in Masquerade was ensuring they were all distinct and individual. Writers should know what their main character/s would do when they walk into party, or if you are writing about 18th century Venice, a ball. Are they the type to make themself known straight away? Or do they hide in the corner? Do they talk to strangers or only people they know? With Masquerade, I needed to know the answers to these questions for seven characters. I didn’t extensively profile my characters before I began writing; I grew to know them as I wrote until I knew exactly how each character would act in a given situation. In fact, by the end of the first draft, I actually had to change many of the characters’ names because they were not the character I thought they were when I started. For those who are interested, Orelia began her life on the page as Portia, Angelique as Bianca and Bastian as Sebastiano.

Another challenge is ensuring that each character’s storyline hooks the reader in and the reader doesn’t skip chapters to get to the characters they are interested in, as readers often complain of doing when there are multiple main characters. At the same time, it’s important to ensure that readers don’t get lost in the multiple plots and the transition between the characters/chapters is smooth.

I believe that the key to juggling all this is to give each character a transparent goal right from page one. It may be the goal that they carry to the final page or it may be that the goal is superficial and changes over the course of the book. By nature, goals do change. We often think we know what our goal is only to discover we were wrong. Nether-the-less, the characters in Masquerade all want something and their actions are geared towards achieving it, whether it is the truth, wealth, status, escape, love or independence. The most important part is that the reader knows what the characters’ goals are from the start. It’s their goals that determine how they act, that sets them apart from each other and keeps the storylines clear and easily to follow.

I also believe that writers need to have a goal for how they want readers to perceive the characters. I wanted to translate Shakespeare’s idea that the world is a stage onto the pages of Masquerade, so I wanted the characters to seem like actors, not like actors in a movie where every effort made to give the illusion that they are not acting, but like actors in a play where the audience is fully aware the actors are putting on a performance. In fact, the audience is almost a part of the play itself. I wanted the characters in Masquerade to have a dual quality. I want people to recognize that they are archetypes, for example, Bastian is the playboy, Veronica is the shrew, Anna is the humble servant who wants more, and so forth. But I also want readers to recognize that the archetypes are just another role we play, another mask we wear. Knowing this goal helped me craft the characters in Masquerade.

With disguise and pretending naturally comes secrets, and Masquerade centres around the characters’ secrets – secrets they are hiding, secrets they are trying to uncover, secrets upon secrets. In Masquerade, the characters goals and secrets are entwined, for example, Veronica, whose goal is to not be married, paints her suitors secrets to scare them off. At the same time, the theme of secrets entwines with the setting. Venice is often described as the city of secrets, as the first line of Masquerade goes: In a city shrouded in secrets, it was only fitting that Orelia’s view of Venice was shrouded in fog.

Many readers have remarked that Venice itself is a character within Masquerade. I actually thought of Venice as elaborate stage scenery, a beautiful sparkling stage, but I can understand why some readers feel that it takes on the role of a character. Venice plays a part in the dramas, it shapes events, the descriptions makes it seem living and breathing. Evoking the setting was a major part of my focus when writing Masquerade. Venice is such a beautiful, mysterious and fascinating city; I felt I had to do it justice. Research was clearly key in this and I read every book I could get my hands on. There are a lot of fantastic non-fiction books, like those by Peter Ackroyd, written so poetically that they inspire you to capture the beauty of city in words yourself. I was also fortunate enough to travel to Venice after I had done the majority of the writing—and even submitted the manuscript to Penguin—and that experience really helped me add a level of detail that really brought the setting to life.

I feel that I’ve only just begun to unmask what went into writing Masquerade, but I hope this article has been helpful and interesting none-the-less. I don’t often write articles about writing, ironically, but I have a YouTube channel where I talk about writing and books. You can find it by searching my name in YouTube.

Lastly, if you haven’t read Masquerade, please grab a copy. I promise lots of masks! It’s available in Australia and NZ from all good bookshops and on-line retailers, or as an e-book internationally.