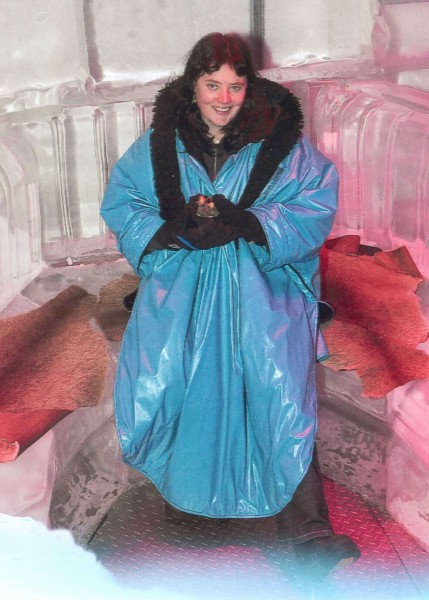 My name is Katie “KJ” Taylor, and I’m an author. Specifically, I write fantasy.

I have the feeling that some people might think fantasy authors aren’t particularly worldly – the richest part of our lives is inside our own heads, and we retreat into our imaginations on a regular basis, preferring fantastical invention to tedious reality. And I suppose, in a way, that could be true. One thing I do know for certain is that, as someone with Asperger’s Syndrome, I often found I couldn’t handle reality that well. It was too confusing, sometimes hostile, and I couldn’t seem to understand the rules. I didn’t know how to make friends, so I retreated into daydreams and then into books, which eventually led to my current occupation.

It’s also true that even today, as an adult, I don’t pay that much attention to what’s going on in the world – even when what’s going on is horrible, which it often is. I remember 9/11 all too clearly – it happened when I was a teenager, and I sat with my classmates and watched the appalling events of that morning unfold before our eyes. More recently, I suddenly realised that the subsequent “war on terror” has now been going on for my entire adult life.

Is it any wonder, then, that by this point I’ve all but stopped paying any attention to the whole thing? “War and murder in the middle east” has become something worse than something to be grimly accepted – it has become boring. Why bother keeping up with any of it when it’s as mundane and predictable as tonight’s TV schedule? Not that I watch TV anyway. I barely even read the newspaper any more – I glance at the front cover, see something about hideous massacres and politicians making grand but ultimately futile declarations, then shrug and get back to the important matter of whether a man who can turn into a Phoenix will win his battle with a giant winged lion (the Phoenix won).

Does this mean I don’t care? Worse, does it mean that I just plain don’t get it? Or is it just that, like everybody else, I don’t see that there’s anything I can do about it, so I choose to ignore it? Recently I was forced to consider those questions, and the answers I found were rather surprising.

Fantasy is not as divorced from reality as most people probably think. Well-written fantasy, like all literature, is always a reflection of reality. It is also a reflection of the person who writes it. I went to an Anglican high school but did not come from a religious family, and as a result when I was introduced to religion as a teenager I was inclined to be sceptical. Ultimately I decided that God wasn’t something I wanted to worship – any God. But I found the whole thing fascinating in spite of my exaggerated teenage hostility toward religious faith. I spent hours in the library, reading books about Christianity, Islam, Hindu and Buddhism. Later in life I made friends with a practising Jew, and learned about her faith with great interest. Nevertheless I still identify myself as a “polytheistic atheist” (I don’t believe in lots of gods), and for much of my life I have been very anti-religious, sometimes excessively so.

If I were still inclined that way, I would certainly be viewing the current troubles as something to be blamed squarely on a bunch of morons who believe in bizarre wish-fulfillment fairytales too implausible to fool any rational adult. But I have the sense to realise that would be far too simplistic, not to mention arrogant in the extreme. That said, I’ve discovered certain themes emerging in my books, which frequently deal with religious belief of one kind or another. The difference, though, is that these being fantasy worlds the gods in question are generally real – but none of them ever turn out to be worthy of devotion.

Are my books anti-religious, then? I don’t think so. I have characters who are believers and are also good and heroic people; they are never portrayed as stupid or deluded, and their faith is one of their admirable traits. Because it is good to have faith, even if it’s in something other than a god. In fact my own lack of faith sometimes depresses me a little. We suffer so much fear and doubt in our lives, and faith is the only way to free ourselves of it. Faith alone does not turn ordinary, decent human beings into monsters. But if religion isn’t what makes people turn evil, to use a storytelling term, what does? I believe I know now, and I found it not through philosophy, but through writing. As I followed my characters on their journeys, serving or defying the gods and finally searching for a way to live without them, I saw what the real problem is, and it can be summed up in a single word.

Not God. Not politics. Certainty. The certainty of “I’m right and you’re wrong”. The certainty of “my cause is more important than your right to live”. The certainty that says “I’m free to do whatever I want. I can murder children and crucify innocent people in the street, because anything I do is automatically the right thing”.

Of course, there is a problem with certainty other than the fact that it leaves people feeling free to commit atrocities on each other. Because everyone who is absolutely certain of something is also secretly terrified that they might be wrong. No matter how hard they believe, there is always that niggling doubt. And much of the time that fear translates into anger, and drives them to inflict their fear and suffering on others.

Does that, too, sound overly simplistic? Perhaps it does, and who am I to spout pop-psychology like this? I’m not a psychiatrist. I observe people, and I examine my own thoughts, and I explore human nature by writing about it. These are just my own thoughts. But I firmly believe that too much certainty is an extremely dangerous thing, and the antidote to that is doubt. Doubt, and a willingness to listen. And listening – really listening – to another person is very hard. We’re so wrapped up in our own thoughts and worries, that pulling ourselves out of that state and taking in someone else’s thoughts takes a lot of effort, and most of the time we’re not prepared to put in that effort. To be challenged by someone else’s thoughts and beliefs is frightening, and I know I generally prefer to avoid it myself.

But if you find yourself looking down on other people, or closing your eyes to the reality of their lives, then you lose something precious. Even the members of ISIS are real human beings, with thoughts of their own, and perhaps if we could understand them we would know what to do.

In any case… if you want to live in a world in which you’re always right and anyone who disagrees with you is evil or just plain stupid and in need of a harsh lesson to bring them around, do you know what that makes you?

You don’t want to be a Sue, do you? Because, in case you haven’t heard, everybody hates them. Everybody with taste, anyway.

KJ Taylor was born in Canberra in 1986 and still lives there today. So far she has published 13 novels, most of them fantasy, and holds down a day job as an archivist because novels don’t pay the booze bills, sadly. 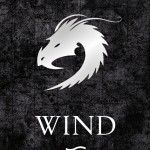 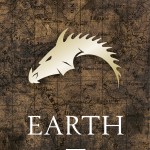 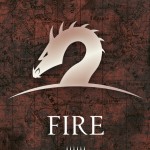 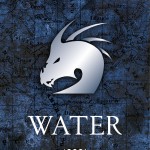