Kinslayer, the second in the Lotus War trilogy by Jay Kristoff, is taking the literary world by storm. The first in this trilogy, Stormdancer, has been shortlisted for both the Gemmell Morningstar Award and the Gemmell Legend Award (shortlists and voting at the links). Kinslayer is EVEN BETTER than Stormdancer (I haz reviewed Kinslayer).

Champagne corks were popped but no bottles broken over the bow during Friday’s launch of Kinslayer. Jay made a short speech while people munched on a considerable spread and sipped their choice of beverage, which included Japanese beer and wine.

Much to my embarrassment, I am blanking on names today, even names I’ve known for years.

Please comment on the photos and I’ll tag them.

If you click on ANY photo, you’ll open the carousel. Use the left and right arrow keys to flick through the photos. With the carousel open you can comment on photos individually.

An MP3 of Jay’s speech will be available here later, once the audio-editing minion returns from Perth WA. Maybe next weekend. 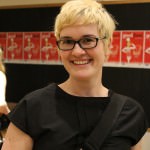 Peta Freestone: apparently I usually post awful photos of Peta, but this one was okayed by Peta 😉 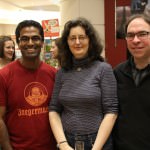 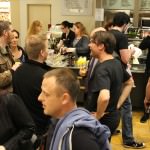 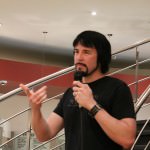 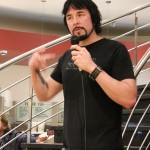 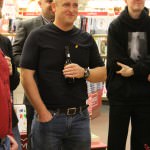 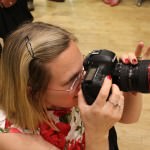 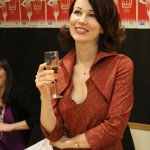 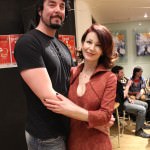 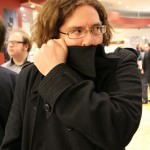 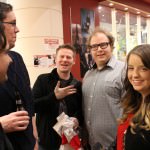 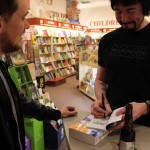