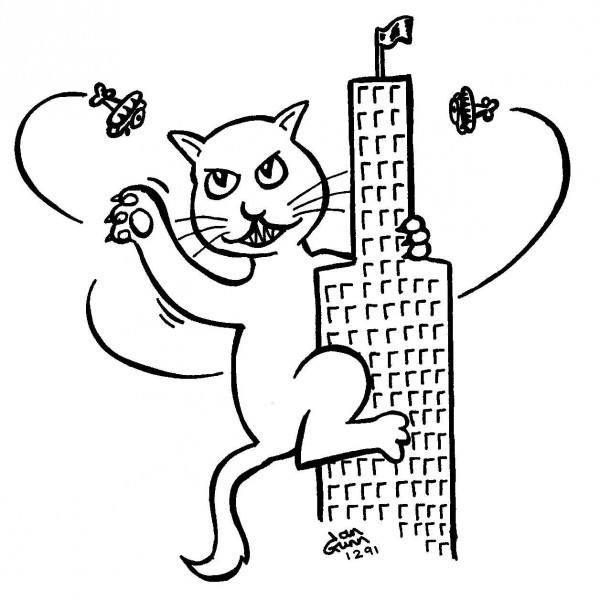 King Kong Kitty is obviously a product of Japan and The Goodies combined, drawn well before the Jack Black King Kong movie directed by Peter Jackson. Paws to appreciate the plane-etary threat before reading the claws that warns you to beware of really bad puns.