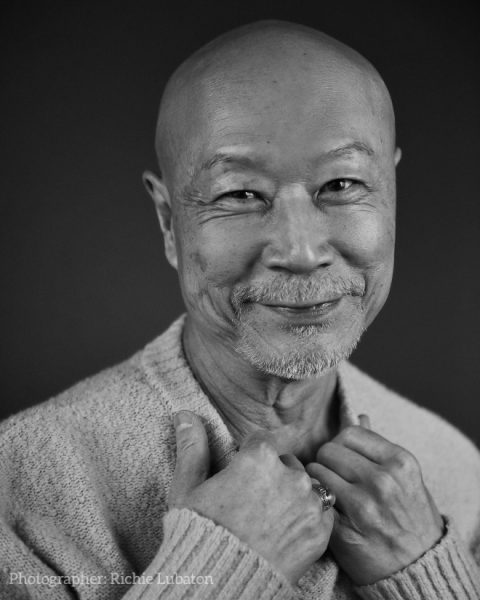 A few weeks ago I was jaw-droppingly surprised when a publicist emailed me and offered an interview with Kee Chan. Although I’d noticed the TV series Kung Fu in the pop culture zeitgeist, I hadn’t started watching it. I promptly said “YES PLEASE” to the interview and binged all of the series that’s currently (legally) available in Australia.

When I saw the TV series advertised I admit to thinking “not another remake… same old same old”.

So very wrong. This series is a delight, genuinely exploring culture and family life mixed in with kick-ass Kung Fu fighting, some of which is rather Crouching Tiger Hidden Dragon.

In this podcast I interview Kee Chan, the actor who portrays the villainous Russel Tan in the TV series Kung Fu who, according to his colleagues, couldn’t be further from the role he plays. Over a 30 year career, Kee has had many notable roles including the supporting lead to Patrick Stewart in Moby Dick, a chemist in Mission Impossible 2, a role opposite Dennis Hopper in the multiple universe TV series Flatland, a senator in Star Wars Revenge of the Sith and as the governor in Mortal Engines. And yet Kung Fu is his favorite project, for reasons we discuss in this podcast.

Born in Singapore, Kee Chan moved to Canberra Australia in 1976. He now lives and works in America! So he travelled widely while working in the international screen industry.

Kee discusses his hopes to appear in season three of Kung Fu, which has been greenlit.  #BringBackRussellTan should be a thing.

Kathryn Rawlings’s database lists projects Kee Chan worked on since the early 90s. However, I believe he was acting earlier, starting in the mid-80s.

. If you enjoy discussions featuring creators who are passionate about representation of minorities, you’ll enjoy this discussion with Sephardic Jew Bridget Hodder, who co-wrote The Button Box with an amazing Arab author and activist Fawzia Gilani-Williams. Also, this post links to diversity indexes. Or you might like to browse the list of podcasts.

Remember, all podcasts are available on all good podcasting platforms. About 2 or 3 dozen of them!

Have fun and stay safe.