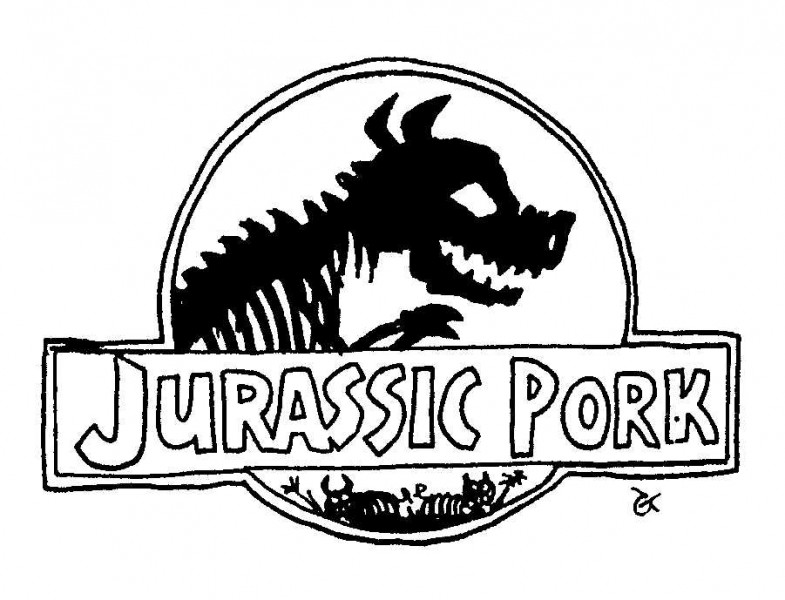 Jurassic Pork is bringing home the bacon. This would be a conspiguous dinosaur.

Would this make a pterodactyl a flying pig?

Does this mean Miss Piggy is a dinosaur? Would that make Kermit her Beezlebufo swaine? If Kermit is a Beezlebufo, does that mean he starred in a prehistoric version of Macbeth? It’s snout as if Kermie is out of the pigture.

My apigologies for the puns.