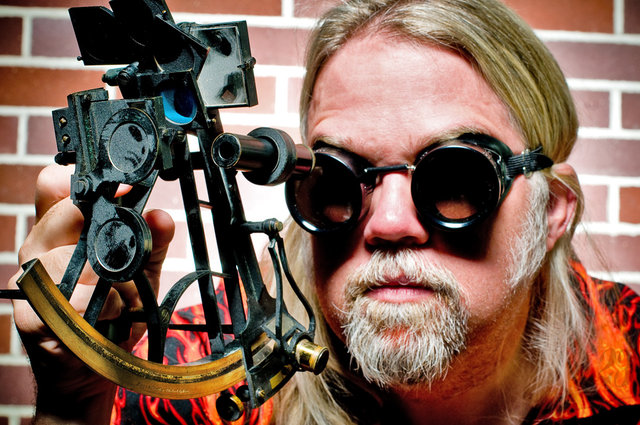 SAN ANTONIO, Texas – LoneStarCon 3, the 71st World Science Fiction Convention (“Worldcon”), will be featuring the world premiere of the documentary “Lakeside,” about author Jay Lake’s battle with cancer, as well as a special exhibit based on Jay Lake’s genome.

“Lakeside” began in 2012 as a film project about how Jay Lake had beaten cancer. He had been in remission for several months and everyone was pleased at how healthy he was looking. The film-makers decided to follow Jay for one year, from birthday to birthday (or “JayCon,” as he now calls his public birthday parties). They began filming at Paradise Lost II, a writers’ workshop in San Antonio, Texas, before they followed Jay back to Portland to cover JayCon 2012. He was among friends and family and was excited about the documentary. They started interviewing Jay and his family about his life … then, as they were filming, life happened. It started with a call that Jay’s mother was being rushed to the emergency room. She was suffering symptoms that mirrored Jay’s initial presentation of colon cancer. The entire production changed tone as the team was reminded that these are real people and that life does not always follow the script… then in August 2012, a scan showed that Jay’s own cancer had returned and three aggressive tumors were devouring his liver. Thus, “Lakeside” became a film about whether Jay could win the game of “kill the cancer, save the patient.”

The project was made all the more interesting when it became a Kickstarter project. Friends, family, and strangers responded overwhelmingly, helping to raise over $24,000 to fund the film. More of the background to “Lakeside” can be found on Kickstarter (www.kickstarter.com/projects/1060155945/lakeside-0), and on the Waterloo Productions website (waterlooprod.com/2013/07/13/lakeside-backstory/).

LoneStarCon 3 is honored to be hosting the premiere of “Lakeside.” The film’s director, Donnie Reynolds, and Jay Lake will both be at the convention to introduce us to the film on Friday, August 30, at 9 a.m., with a repeat showing on Monday, September 2, at 1 p.m.

In addition to the premiere of “Lakeside,” LoneStarCon 3 will be presenting a special exhibit on Jay Lake’s genome, sequenced by Illumina as part of Jay’s search for possible therapies and to provide information that may help future cancer patients. The exhibit will be presented in the main Exhibit Hall, in Exhibit A in the Henry B. Gonzalez Convention Center.

Jay Lake continues to blog about his cancer experience on his website at www.jlake.com.

ABOUT THE WORLD SCIENCE FICTION CONVENTION

Founded in 1939, the World Science Fiction Convention (“Worldcon”) is one of the largest international gatherings of authors, artists, editors, publishers and fans of science fiction and fantasy entertainment. The annual Hugo Awards, the leading award for excellence in the field of science fiction and fantasy, are voted on by Worldcon membership and presented during the convention.