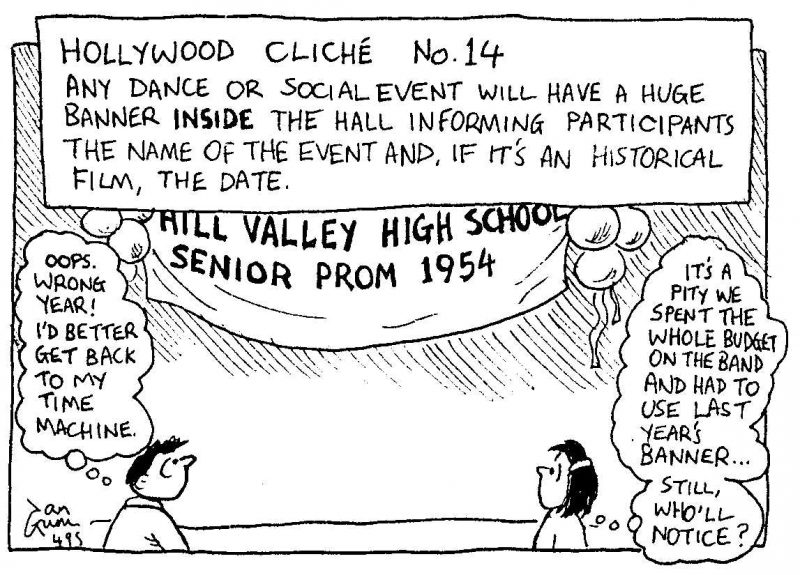 When movie characters head to a special event there usually aren’t any signs outside. They spend the budget on inside banners instead. I wonder sometimes how characters head straight to the right place. Unless the movie is a comedy, in which case there’s a case of mistaken event-identity.

Text in the image:

Hollywood cliche no.14: any dance or social event will have a huge banner inside the hall informing participants of the name of the event and, if it’s an historical event, the date.

Man: Oops, wrong year, I’d better get back to my time machine

Woman: It’s a pity we spent the whole budget on the band and had to use last year’s banner… still, who’d notice?

Victoria’s science fiction convention, Continuum, occasionally presents the Ian Gunn Memorial Award recognising the ‘unsung heroes’ of fandom. Recipients are people who have worked in the background for years and who have not expected recognition. This commemorates Ian’s selfless efforts to reach out to others, encouraging others and thereby building the science fiction community.