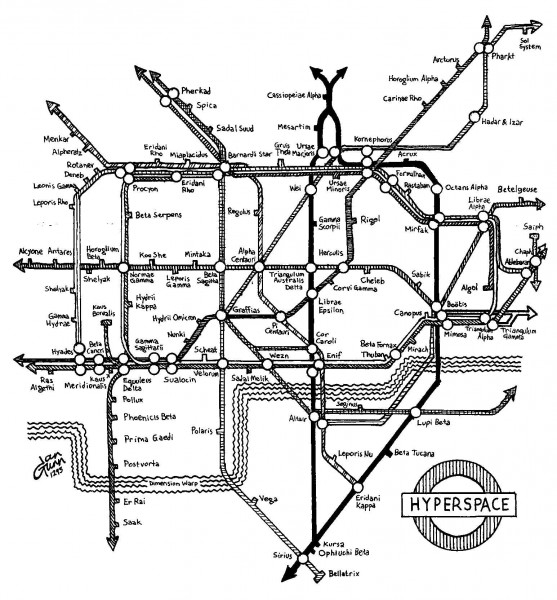 Hyperspace is another form of Underground for public transport. Mind the gap! You never know when a Door might appear, or a Shadow.