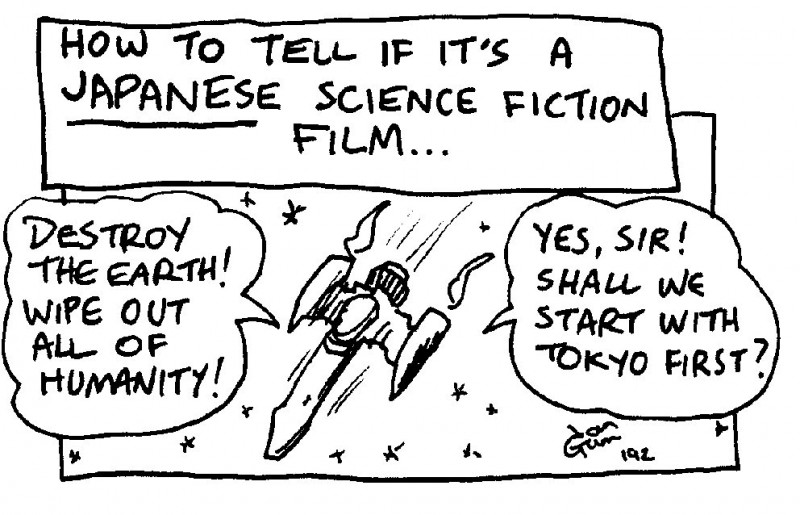 ‘How to tell if it’s a Japanese science fiction film’ (silly illo, above) may be true for Japanese films but it’s also true for American films. One of the reasons Monsters was so unique and refreshing was because it took real-world issues (immigration and border control between the USA and Mexico) and spoofed them in a dramatic story about a border crossing. District 9 was brilliant because it subverted expectations including in the setting: South Africa. Most other movies from Hollywood involve New York, DC, San Francisco or Los Angeles as the primary focus of alien invasion.