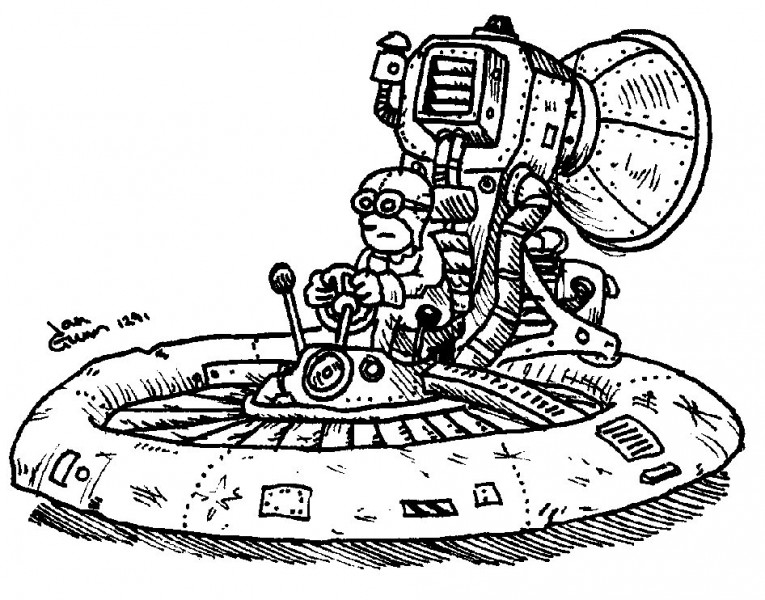 This hovercraft looks like a cross between the one on Doctor Who back in the Jon Pertwee era and a UFO. It wouldn’t be out of place on World of Warcraft with the gnome inventions.