Odessa is early in her FBI career in 2019 when a series of surreal but violent incidents ends with her shooting her partner before he murdered a child.

While on desk duty, her bosses send her to clean out Solomon’s desk. She winds up in a hospital visiting a dying man. Who tells her to drop a letter in a letterbox in Manhattan asking for help from Hugo Blackwood.

Hugo Blackwood was a lawyer in the 1580s. When John Dee enacted a rite, Blackwood – who was there as a witness only – was cursed, as was his wife. He now appears immortal and believes his role in life is to combat the evil, to right the wrong of that accursed summoning in the 16th century.

The Hollow Ones follows a familiar plot structure: old hero dying; new hero must step up; wise man/mentor/hero (think Giles in Buffy but more active) steps in; side kicks have secrets… You get the idea. However, its familiarity is, in these unprecedented times, almost a balm to the soul, providing scary yet “safe” escapist reading.

And who wouldn’t prefer that the evil happening in the world was the result of demonic interference instead of selfish entitlement under the auspices of neoliberalism, white supremacy, eugenics… Sorry, I’ll get off my soapbox now.

Trigger warning: lots of blood and gore. No sexual violence, though.

Del Toro has delved into history in his storytelling before, with Chronos and Pan’s Labyrinth to name but two examples. This time he’s in America’s Deep South and juxtaposing it with the present. However, the Hollow Ones does not preach.

Some may accuse this novel of failing to explore the issues. However, I felt the description of racism, the exposure of white supremacy and its impact, was more powerful because of its purely descriptive inclusion without interpretation or sermonising.

The Hollow Ones is more Columbus than Angel although horror elements are the primary conflict. Racism is exposed in a “show don’t tell” manner, without sermonizing. The formula is familiar yet the story is compelling and, as I expect from Del Toro, unique. Far more bloody than Pan’s Labyrinth, it’s more like The Strain and just as mystical, and has a similar – perhaps stronger – element of romance. I highly recommend The Hollow Ones. 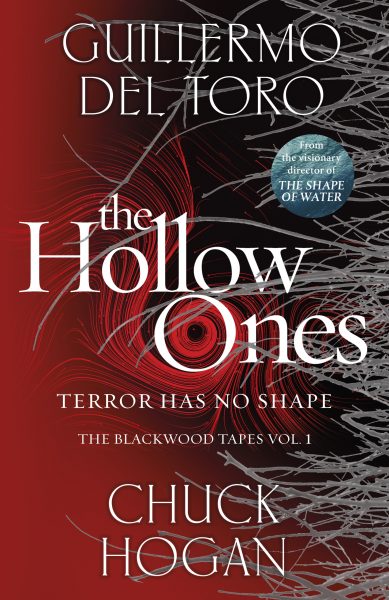