Spoilers are coming. You have been warned. Fly, you fools!

‘His Sister’s Keeper’ begins with a flashback to Octavia’s birth, with Bellamy assisting their mother 17 years ago.There is so much stupid in this premise I don’t know where to begin.

How does one woman hide a pregnancy in a closed community? ‘You know that food shortage we’re having? I’ve gained a few pounds… all on my belly.’ Then the birth: she didn’t have drugs to numb the pain and she didn’t scream. She had her son, a primary school aged child, to look after her and the baby.

They hid Octavia for 17 years in a small community. She was a miracle baby who never cried, not even when she was teething, not even when her mother put her in an air duct during inspections. She never got ear infections that needed antibiotics. The 3 of them lived on rations for 2, even when Octavia and Bellamy were growing, and yet they grew tall and healthy. They must be aliens! I know: the toasters from Battlestar Galactica invaded the space station above Earth and planted sleeper agents!

The backstory is meant to explain why Bellamy looks after his sister, as if no normal sibling or friend ever looked after another before. Gah.

In the previous episode Octavia fell down an embankment, injured her leg and was captured by a Grounder. Later it becomes a ravine. I guess all stories grow in the telling.

In ‘His Sister’s Keeper’, Bellamy organizes a nighttime search for Octavia after refusing to search for anyone else at night in previous episodes. Because the 100 have excellent night vision and very short memories, they follow her tracks in the dark.

When Bellamy reaches the bottom of the embankment HOURS after Octavia was taken, he finds fresh — WET — blood left from Octavia’s wound. She’s obviously not human if her blood doesn’t dry in that length of time. My conspiracy theory is confirmed!

However, her leg wound is closed and healing well enough for her to run away from the gentle giant thanks to the his medicine.

The search party finds skeletons on display. Finn says, ‘I don’t speak Grounder but I’m pretty sure this means keep out.’ You think?!

In another flashback, Octavia’s mum and Bellamy tell her to be afraid and obedient or mum will be floated. Then they tell her not to be afraid, to slay her demons. The poor girl is going to develop a complex.

In a closed community where you would expect people to eat together, Raven’s mom apparently traded her food ration for moonshine. Finn shared his rations with Raven so they’re two more kids who grew strong and healthy on half-rations.

The search party take a pleasant jog through the forest, running from murderous Grounders.

Although Octavia is treated gently, healed and kept in a cave, John — one of the guys in the search party — is yanked up into the trees and dumped again, with his throat cut. Then the search party takes an invigorating jog.

And other member of the search party ends up dead. I guess they’re Redshirts. How many Redshirts in a group of 100 do you think? Well, significantly less than 100 by the end of this zode. Probably closer to 90 already.

Considering Octavia was cautious when it came to setting foot outside her cabin for the first time in the flashback, you’d think she’d be a bit more careful about wandering off on her own on a hostile planet one year later.

Octavia walks all the way to meet the search party but walking back is too much. Tall dark and handsome Grounder carries her.

Being hunted by the Grounders freaks Jasper out, so he starts screaming to get it over with fast. That’s smart! You want him on your team.

On the ark in yet another flashback, security guards demand ID chips as if there could be untracked strangers on board. Even security knows the Cylons pose a threat to humanity — in this alternate universe.

We finally learn who asked Bellamy to shoot the Chancellor TWENTY MINUTES BEFORE HIS ESCAPE IS LAUNCHED. Why he needs Bellamy to do it is perplexing; in the timeframe he was probably with Bellamy during the shooting or else how did he get Bellamy access to the Chancellor then into the drop ship in the time available?

In the present again, Octavia and Bellamy fight, hurling accusations at each other just like real siblings. Except, y’know, for the growing up under the floor, going to the dance to get exposed as an illegal child and their mom being floated.

This episode is crazy silly cheesy. The 100 went beyond any reasonable request to suspend disbelief into hurling popcorn-at-the-screen and Muppet-geezers-insults territory. I’m still interested in following it but I want to watch with friends so we can enjoy the snark as in Francesca Haig’s ‘Guilty Pleasures: Twilight, snark and ironic fandom’ (Haig’s essay is included in the preview section of the anthology Screening Twilight: Critical Approaches to a Cinematic Phenomenon). 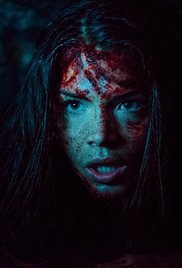