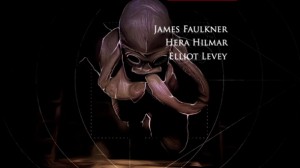 In reality Leonardo da Vinci developed plans for many modern marvels including a dive suit. In Da Vinci’s Demons ‘The Hierophant’, Leonardo creates a dive suit so he can break in to the Vatican through the sewers, swimming underwater with predictable yet entertaining comedy.

Leonardo meets the Pope who, Satan-like, tempts Leo with his heart’s desire.

Giuliano continues his investigation of the traitor in Lorenzo de Medici’s court. Satisfied that he’s uncovered the perpetrator, Giuliano sets off to capture her.

Although Leonardo’s reaction to lack of fresh air is more like gasping in a vacuum than CO2 poisoning, his underwater passage is entertaining. Leonardo’s adventures in the Vatican are interesting and possibly even crucial to future plot twists. However, it’s the comedic elements, particularly regarding locating Leonardo’s prize, that most entertained.

Viewers have known for some time who the traitor is; Giuliano deducts the right person but for too little justification. I’m not sure if there was supposed to be more information cut to fit the time or if writers just went ‘because GUILTY’, but I wasn’t satisfied with Giuliano’s multiple leaps of logic and others’ reactions.

Nonetheless, over the course of this season, Da Vinci’s Demons has sucked me in. When hunting for an image for this page, I saw images from – presumably – next season. WANT. I recommend Da Vinci’s Demons for SF and fantasy fans who need their telly-viewing fix.