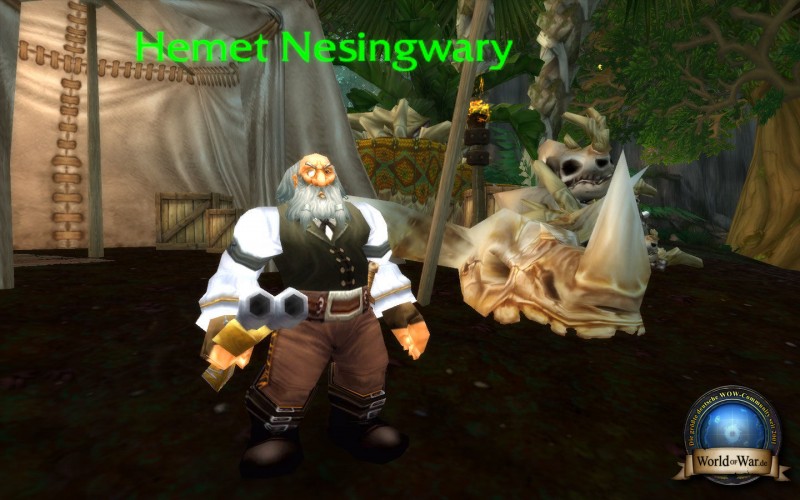 Hemet Nesingwary has been a constant companion throughout every World of Warcraft expansion (including ‘vanilla’ — the original game). I have followed Nesingwary across all of the continents. I have gained many an XP bar through completing his ‘kill these, then come back and I’ll give you more to kill’ quests.

In Draenor though, poor old Nesingwary has been all but retired. His long and bloody quest chains have been replaced by a token ‘objective’. The murderous old Dwarf has been put out to pasture, so to speak. He has been left to pickle in whatever Dwarven ale floats his proverbial boat.

I missed playing Mists of Pandaria, but from the research I’ve done I am led to believe he was still fighting fit in Panda Paradise.

My theory? Hemet Nesingwary has been abducted and replaced with a lazy and poorly executed clone. Who abducted him, I hear you ask? Clearly it was the Draenei. They are aliens from another world. If alien abduction isn’t the obvious answer here, then I don’t know what is.

Beware, fellow Azerothians. The truth is out there.