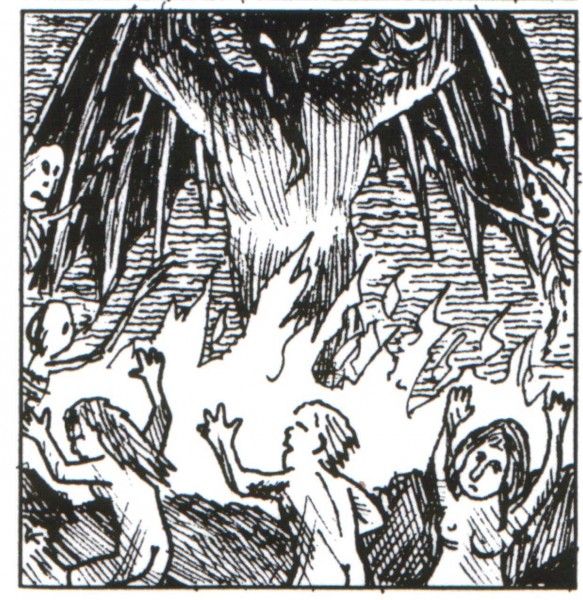 According to this silly illo, Hell’s lord has a face like a plague mask from the Middle Ages and batwings. The people dancing around the fire don’t look entirely happy either. [redacted comments about who I think belongs in hell. You can guess.]