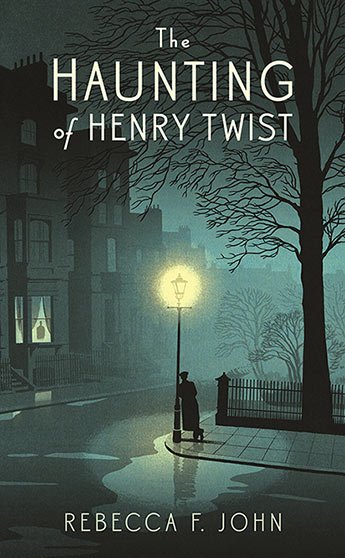 A Review by Emma Streeton

I picked up the Haunting of Henry Twist because the COSTA awards shortlisted it for ‘first novel’ award back in 2017. This usually guarantees a pretty decent read. Reading the title and glancing over the back cover I expected it to be a Gothic ghost tale full of suspense. However, without giving too much of the story away, the haunting is not linked to a mystical presence but instead to the psychological repercussion of grief and loss.

Set in post-war London in 1926, the novel begins with a tragic accident involving Ruby, Henry Twist’s heavily pregnant wife. She dies whilst their baby Libby survives. Henry is drowning in his grief when he meets a mysterious stranger, Jack Turner. In Jack, Henry sees the ghost of his wife – her soul, her nature, her appeal. Here begins an intimate relationship which changes the course of Henry and Libby’s future. Alongside Henry and Jack are an unhappily married couple, Grayson and Matilda (along with Grayson’s mistress). We follow both couples as they try to overcome loss, rebuild their families, make sense of who they are and what they want.

It is Matilda, Ruby’s best friend, who is the main character of this story. Matilda is a disappointing protagonist and not a positive portrayal of the female species. Mystery and secrets surround Jack and out of jealousy Matilda makes it her mission to find out who he really is and ruin him. John portrays her as vindictive, neurotic and spiteful. I couldn’t warm to her or feel anything for her except, perhaps, frustration. John only developed Matilda, leaving the other women characters two-dimensional. This is unsatisfying.

The novel is essentially an exploration of unfulfilled and unhealthy relationships and the lengths people will go to hold on to what is precious to them. However, despite the number of relationships and characters in the book, Henry Twist does not explore any in great detail. The reader is feels underwhelmed as the story unfolds. In her acknowledgements, John says she hopes the reader will fall in love with Henry, Jack and Ruby as easily as she did. But unfortunately I did not.

The Haunting of Henry Twist is much slower in pace than I’m used to. So I skipped over chunks of text to get through it. This is not a page turner. The suspense is not enough to keep you hooked and several times I had to persuade myself to keep going to its conclusion.

John’s writing is eloquent and descriptive. All the workings for a great story are there but, in my opinion, the reader is patiently waiting for the story to pick up its pace. And this never happens. I like that she ends the novel by giving the reader a glimpse into the outcome of Henry and Jack’s relationship. At least this offers satisfying closure.

What the Haunting Of Henry Twist demonstrates well is the lengths we will go to keep hold of what is important to us, what we will forgive of those we love, and what we will give up for the sake of our own happiness. However, the novel only rewards the reader if they stick with it until the end.