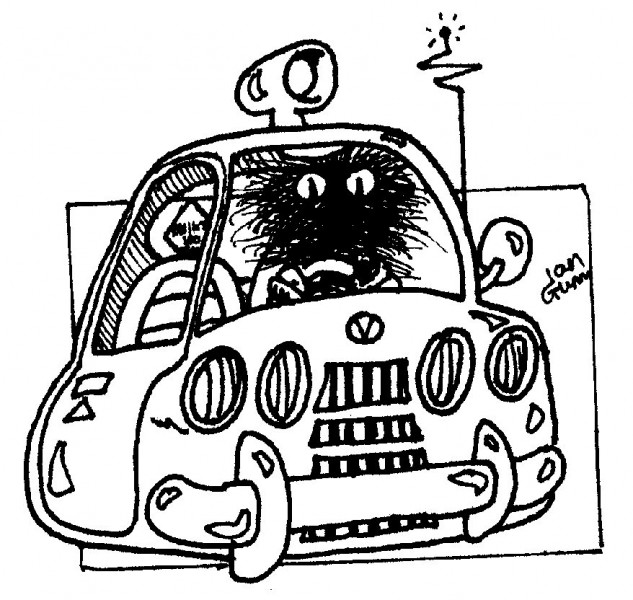 This Hairy Taxi Driver is from outer space, working while worrying about his visa status. He quit working for Uber after Uber worked while New York taxi drivers went on strike for an hour to protest THAT executive order. To his passengers he says, “I drove from Cygnus Alpha to Earth; I can get you where you want to go!”