After learning about the gun laws in Victoria, Australia and becoming aware that people have been arrested and charged with firearms offences because of their cosplay activities, I decided to look into gun laws further.

A reader told me she bought a Freddy Krueger movie replica glove and had trouble importing it; she had to get a permit. I assumed this was because of the blades, but no – she said that a permit is necessary for wood or plastic hand or foot claws. It seems the laws are more far-reaching that I anticipated at first.

Detailed information and fact sheets on importing firearms and weapons into Australia are available on the Customs and Border Protection website. Links to these fact sheets are provided below for your information.

Articles being imported for use as props or costume design that meet the regulatory definition of a firearm, imitation firearm or weapon are not exempt from meeting import requirements. If people are interested in importing movie props, such as Freddy Kruger claws, it is recommended they contact Customs and Border Protection prior to importing such items to obtain advice on whether the item is controlled on import.

Who issues permits for weapons and imitation firearms?

Customs and Border Protection processes applications for permission to import weapons into Australia. Import permission for weapons is usually granted where evidence is provided that the relevant State or Territory police have authorised the importer to possess the item.

State and Territory Police are responsible for authorising the importation of imitation firearms into Australia. Importers can obtain written authorisation from the police firearms or weapons registry in their State or Territory. This authorisation will be in the form of a Importation of Firearms – Police Confirmation and Certification Form (B709A Form). The original B709A must be presented to Customs and Border Protection at or before importation.

Firearms (other than imitation firearms) which are substantially the same in appearance as fully automatic firearms, can only be imported with prior import permission from the Attorney-General, or his delegate. Permission can be obtained to temporarily import a firearm into Australia in connection with the production of a film where the importer holds a licence or authorisation in accordance with law of the State or territory to possess an article of that type and for that use. Further information on these requirements can be obtained from the Attorney-General’s Department.

Imitation firearms and weapons imported without a permit will be detained by Customs and Border Protection and subject to seizure action. Importing prohibited weapons and imitation firearms without permission also carries heavy penalties that may include a maximum fine up to $275,000 or ten years jail, or both.

What is Customs role in policing this legislation?

Customs and Border Protection assesses all incoming cargo, including international mail and air courier packages for prohibited goods, and we will examine consignments based on risk. A variety of methods may be employed to asses the risk including x-ray technology, detector dogs and other scanning and testing equipment.

Customs and Border Protection will seize any consignments of prohibited goods detected, if no permission to import has been obtained, and may prosecute the importer if the circumstances are warranted.

Goods purchased on the internet are required to be cleared from Customs and Border Protection control when those goods arrive in Australia. The value of the imported goods and the method of arrival determine how the goods are cleared for delivery and what duty, taxes and charges may apply.

When you buy goods over the internet, you should be aware that Customs and Border Protection may screen, x-ray and examine your imported goods. This is done regardless of:

For more information on importation laws refer to Customs website and the fact sheets:

The Victorian Police have declined to be interviewed concerning weapons laws and cosplay in spite of the number of arrests that occur due to weapons violations in cosplay. Cosplayers are recommended to go to Victoria Police’s firearms page for more information, or to contact the Weapons team at licensingregulation@police.vic.gov.au.

The police spokesperson said, ‘As part of an overall communication strategy on this matter, LRD [Licensing and Regulation Division] is instead directing all interested parties to the relevant advice contained online. Further communications aimed at the broader community will also be undertaken in coming months.’

If you have a story about cosplay and brushes with the law, please write in and tell us about it! 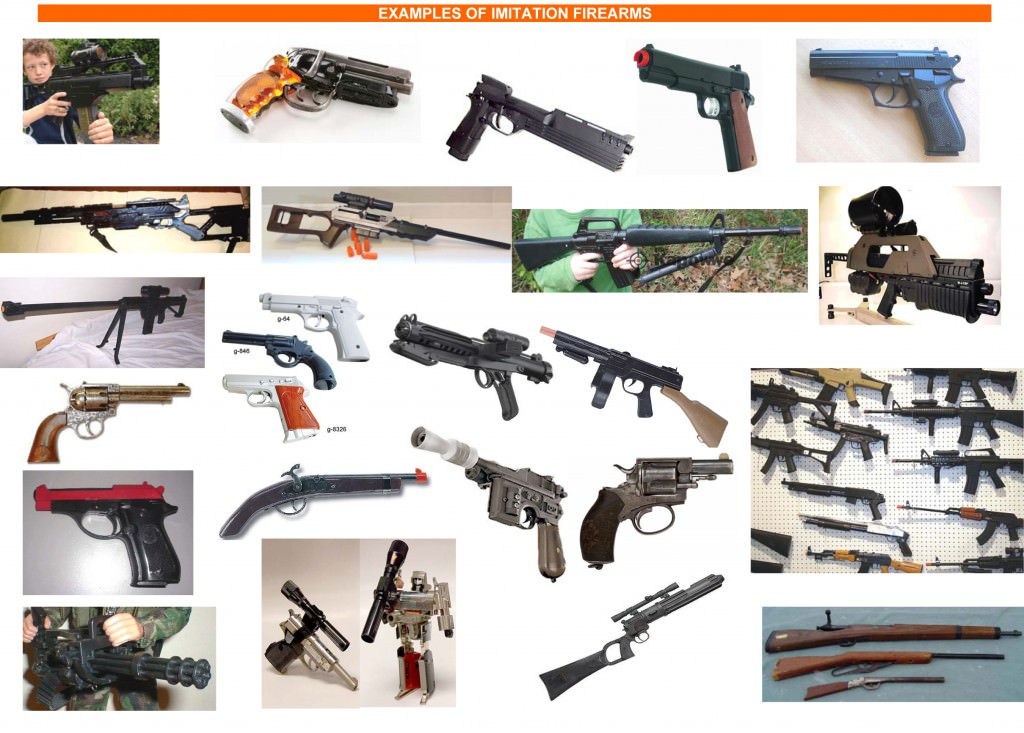