Tabitha Bird’s gumboots (would you believe her book featuring gumboots?) contributed to the Authors For Fireys fundraiser in January 2020. This mammoth undertaking was organised by Emily Gale and Nova Wheetman. They raised $513,149 to support firefighters and to help Australia’s bushfire survivors.

Tabitha appeared on DMZ for a solo interview in 2019 and on two kick-ass panels in 2020. Those podcasts and all other Tabitha-related posts (like my review of her book) are here.

Dark Matter Zine has previously reviewed Tabitha’s book and interviewed her. All posts relating to Tabitha are here. She’s such a regular guest on DMZ that she should be on staff! Nalini reviewed A Lifetime Of Impossible Days; in June 2019, Nalini interviewed Tabitha; and in February 2020, Tabitha joined Meg Mundell and Rohan Wilson to discuss why they all set – or, in Tabitha’s case, partially set – their novels in the mid to late 21st century. Tabitha also pops up in some other Authors For Fireys fundraiser posts because she donated a copy of her book to the fire fighting and bushfire survivors fundraiser.

And you can find Tabitha’s book in Australia at Booktopia, Audio book and Amazon.com.au.

I am a novice card maker but I made the pictured card. This is a thank you to Tabitha Bird for appearing as a guest on Dark Matter Zine and for supporting Australia’s firefighters. 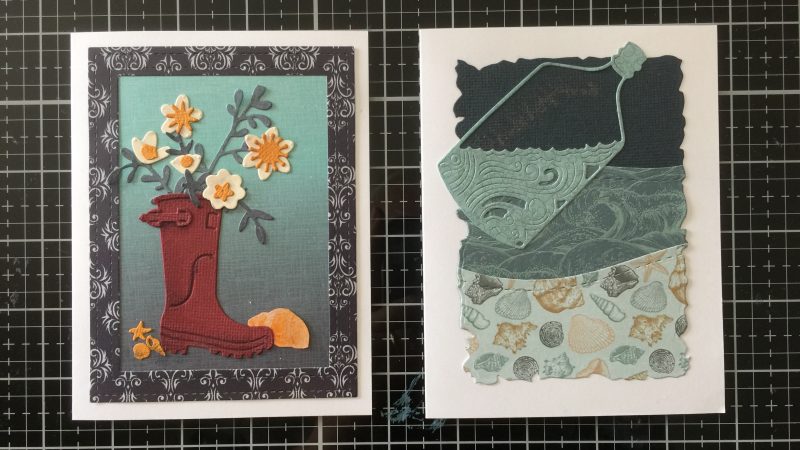 Tabitha’s debut novel, A Lifetime of Impossible Days, features a canny protagonist who, at the age of 93, mails her 8-year-old self and her 33-year-old self an ocean in a jar. The joy of gumboots is another theme in her literary magical realism novel.

As my sight fades, I’m finding it increasingly difficult to figure out color coordination. I’m relying heavily on a color wheel combined with a wide range of papers. That’s why the gumboot image is using complementary colors.

Funny thing: it’s harder to buy online than in person. I ordered what I thought were ‘stitched rectangle dies‘ but actually bought ‘stitched frame dies‘ instead. Who knew they were so different? 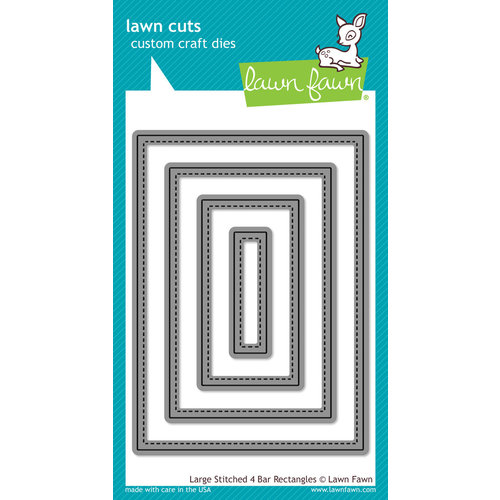 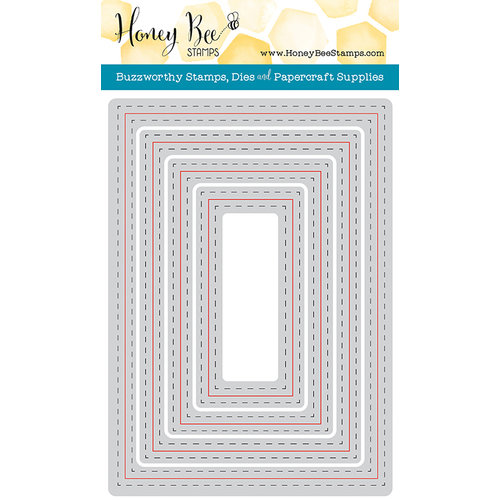 I thought about cutting the frames apart but, in the end, decided to use them for a frame. Hence the royal damask frame that I think coordinates well with the background.

Putting the pieces of the floral arrangement together was both challenging and fun. I find things like this fiddly. As in: I’ve glued this piece ready for placement- where did it go? Search. Cut it out again. Lose it again (half the time). Struggle to glue the little bits. Get shiny glue everywhere it’s not supposed to be. Lose another piece. Give up.

Some days are like that. This card was a little like that. However, the two flowers with contrasting centers that are actually – if you look very closely – shells were deliberate. I could have cut them out again but I thought the shell insert was a lovely Easter egg.

On the lower right I wanted a shell larger than those on the left but I had to choose between tiny and WAY TOO BIG. In the end, I selected a cute cartoon hermit crab, stamped in VersaMagic Cloud (white) ink and cut it out, cutting off its legs and part of the hermit crab’s body. Through judicial use of water I then painted out the face and VOILA! I had a shell about the right size. I did the same for a starfish but decided there wasn’t room.

The second card happened because I went to Kaisercraft and was inspired by their papers. After I made it, I remembered I actually have a jar stamp and die I could have used but, for the time being at least, I’ve moved on.

The second card was really quick and easy: cut out the layers using stitched ‘hill borders’ and glue them together so they don’t move. Then I cut them out using a this frame and added the bottle from the Ship In A Bottle die set. Finally I added some shimmer to highlight light reflecting off the bottle.

Last year, Tabitha’s novel inspired me to buy Sizzix’s ship in a bottle die cutting set JUST FOR THE BOTTLE. My fanart scrapbook page is here. I also used this set on my fanart page for the Starless Sea. Not the final image but my first attempt had a ship and waves on the doorknob. I’m not sure if viewers pick up what that is meant to be, hence my second attempt.

Note: I’ve documented my process for those who are interested. I do not receive any remuneration, kickbacks, freebies or ANYTHING for linking the items I’ve bought at my personal expense.

Respond when inspiration strikes. Don’t shove it down and get on with ‘something more important’. Have a joy-filled week.