Youseff Hachhouch, a self-confessed lurker, has been won over by Google Plus so much so that he developed a new version of Monopoly as a tribute to Google Plus. Called ‘Googlopoly’, the game features on the next two pages. If you print them out and stick them together, or copy/paste them together on your screen, you can see the full glory of this new Monopoly board.

Complete with circles and hangouts as well as internet references on the usual ‘community chest’ and ‘chance’ spots, Googlopoly seems to be having a goodnatured swipe at internet culture. The faces on the board aren’t actually named, but many of them are familiar faces to those on G+. One person posted asking what it said about her that she recognised Felicia Day and Wil Wheaton although their photos were upside down and the image hadn’t finished loading on her screen yet. I like the gaol spot almost as much as I liked Tom Anderson’s ‘bar conversation’ with Mark Zuckerberg on Youtube; the fact that it really was Tom Anderson was brilliant!

If anyone actually plays this game of Googlopoly and has good photos or stories to tell about it, please write in to darkmatterfanzine@gmail.com and we’ll see about publishing it in a later issue!

Thanks to Youseff for permission to reprint the Googlopoly board here. 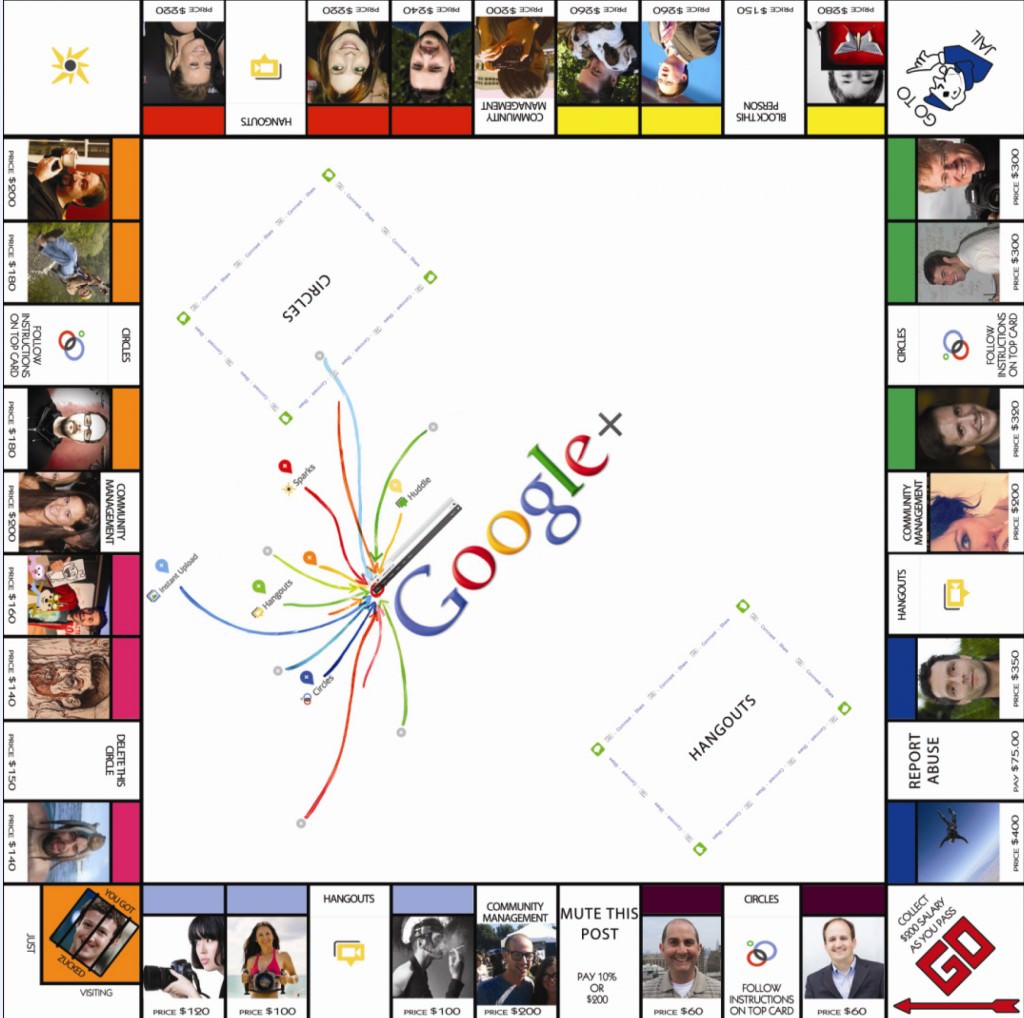