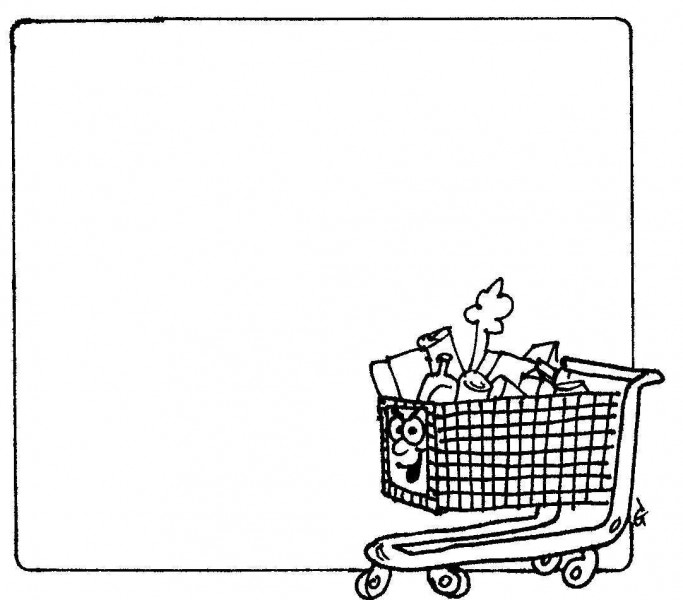 Ian Gunn, the artist, titled this drawing Good Trolley but, after hearing Harry Laing reading some of his poetry (hilarious!) no trolley will ever be good again. Super Tap, Psycho Trolley and Wheel E Bin are the gang by which all other gangs will be judged.

Besides, isn’t Good Trolley encouraging vandalism? He’s provided this nice white wall and, with his wicked smile, he’s inviting you to write in it.