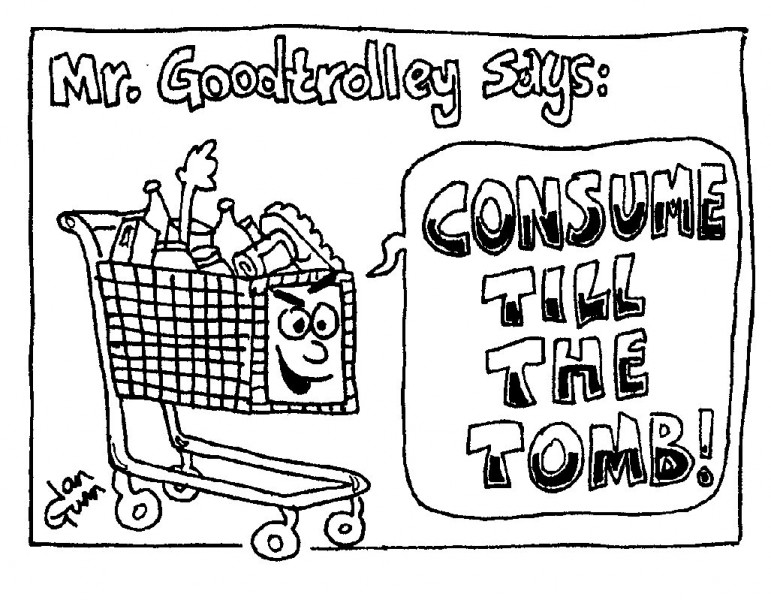 He’s officially on a roll. Good Trolley says ‘Consume till the tomb!’ I assure you I didn’t plan for this sequence of silly illos to come up around Christmas and the New Year, it just happened this way. I’m working my way through the list alphabetically before I start on another list. This sequence is all filed under ‘Good Trolley’, strangely enough. [shifty eyes]