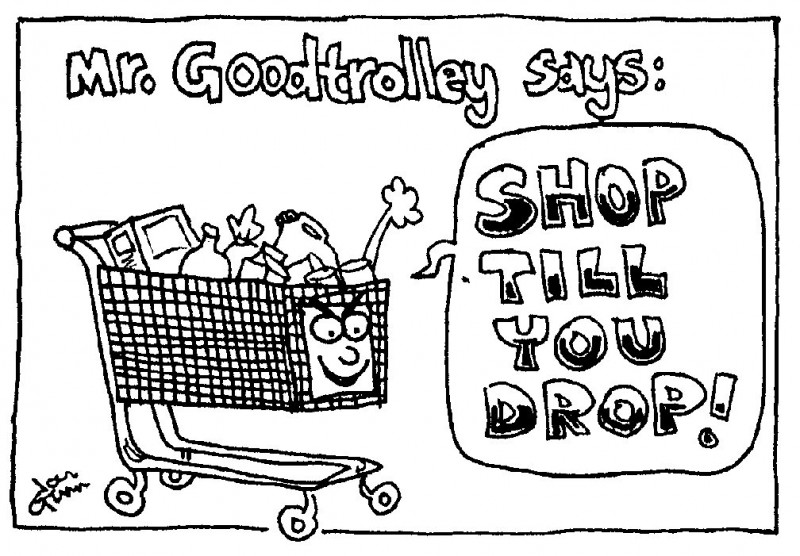 I’m a bit sick of Good Trolly now. Good Trolley says Shop Till You Drop. Hopefully next week either Good Trolley will accidentally fall into a creek to rust away while we move on to something else.