Eliza Miller grew up an only child. Her only family was her mother and two godmothers. Jeannie, Eliza’s mum, moved around a lot and told a lot of tall stories so now no one is really sure what is the truth. Just before Eliza’s 18th birthday, Jeannie died. Eliza never flies again, fearing catastrophe. Thirteen years after her mum’s death, her godmothers want Eliza to come to Scotland for a wedding.

Reunions, like Christmas family gatherings, rake over old wounds and raise ghosts. (Not in the literal sense, this isn’t one of those books.)

McInerney is the Australian version of Marian Keyes, writing contemporary fiction that would be lauded as “being about life” and “being about society” if a man – like Jonathan Franzen – wrote her books. Because a woman wrote these books, they’re more likely to be described as “chick lit”.

At first Eliza’s story sounds sad but it seems like a work/life balance type novel. Fairly soon mystery’s tendrils snare the reader. Although one of the revelations late in the novel was easy to predict, the depths and complications were not.

I’m rather disappointed in the godmothers and their irresponsible failures after Eliza’s mum’s death. However, just before the end McInerney gives added context. This doesn’t give them a free pass but it does alleviate allegations of puppet mastery and sacrificing motivation to move the plot along. (This is what I call “because plot”.)

The Godmothers vs disability

Eliza has a phobia of flying, the mere thought sends her into a tailspin. The root of this fear, after years of wonderful visits to her godmothers in numerous countries, is returning home to find her mother drowned in the bath.

Her fear of flying kicks in at the mere mention of attending the wedding.

Readers with PTSD and phobias will probably have mixed reactions to this depiction. To some extent, Eliza’s reaction is predictable. However, the “because plot” component kicks in so she gets over it and flies more easily than someone with a true phobia. It’s arguable that she had a fear not a phobia. And sometimes a novel focuses on X, leaving Y as a minor feature. To focus on Eliza’s phobia would have made this a very different story.

Eliza definitely carries baggage from a disrupted childhood ending with trauma. The Godmothers focuses more on the holistic baggage cart not specific items of luggage.

Eliza’s story arc is to some degree relatable to anyone who carries scars from childhood (most of us). Procrastination, pain and hard work win the day although the reader experiences more procrastination and pain, less hard work and more of Eliza’s growing relationships. Especially the inevitable romance. I love a good romance. The Godmothers, however, is a novel about family with romance as a garnish. A great iso-read.

Read The Godmothers if you enjoyed Hello From The Gillespies. 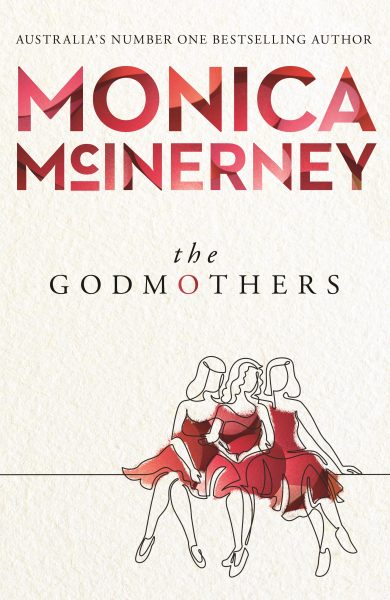