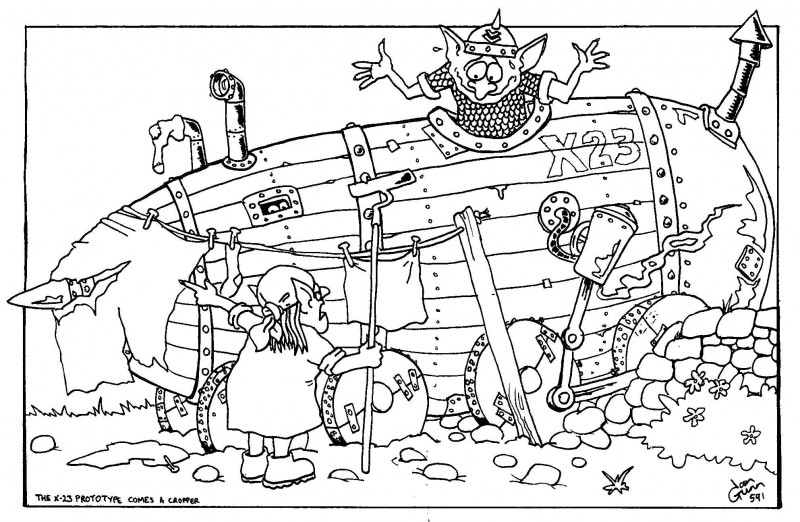 This goblin prototype must have been in the backyard for a while. It’s been reduced to servicing the mundane. Mrs Goblin isn’t happy about the prow poking a hole in her washing, either.