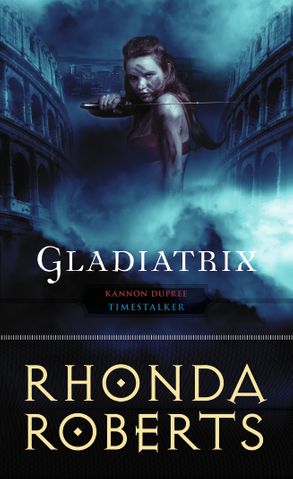 Gladiatrixis the story of Kannon Jarratt, an orphan who was found abandoned in a cave in the Blue Mountains by Japanese tourist, Yuki Jarratt. The tale begins after Yuki’s death when Kannon is required to take over the family business, training police cadets at Yuki’s dojo. Kannon’s true parentage is unknown, and her only connection to her former identity are a series of scars she sustained from the tortuous manner in which she was bound while in the cave, an experience which has also left her suffering claustrophobia. An archaeology major who is at risk of failing due to an inability to complete field assignments, Kannon is also concerned for the future of Yuki’s business after an altercation with a violent bully whose connections threaten her contract with the police department. Following the fight she returns home to await the consequences of her humiliating this particular cadet, and is contacted by former detective, Des Carmichael, who was in charge of the search for her biological parents following Yuki’s discovery of her as a child. Des believes he may have new evidence about Kannon’s identity, having watched a documentary about a kidnapping in America that occurred the same year she was found.

After their initial investigations in Australia fail to uncover any definitive link between Kannon and the kidnapped child, Celeste Dupree, Kannon decides to go to America to seek out Celeste’s mother, Victoria, a former detective turned Time Marshal for the National Time Administration (NTA). The NTA run a “time portal” that allows their agents to travel into the past to investigate historical events, but political pressure restricts the use of the portal such that only distant events can be revisited. By the time Kannon arrives in San Francisco to speak to Victoria, she has already been sent to Rome in 8AD as part of an investigation into the practices of a powerful religious group in America, the Isiacs, who worship the Egyptian goddess, Isis. When Victoria fails to make her scheduled check-in, Kannon is worried she has been injured or killed, as she has learnt there is a high mortality rate among Time Marshals in the field. Before she can determine how to help, a group of rioters ransack the NTA office and destroy the time portal, but not before sending Kannon through it after Victoria. The narrative then focuses on Kannon’s attempts to rescue Victoria, whom she believes has been kidnapped for stealing a sacred dagger from the Isiacs of Ancient Rome, and her continued investigation into whether she truly is Celeste Dupree, Victoria’s long-lost daughter.

The book has various points to recommend it, including the strong female characters portrayed, such as Yuki, Kannon and Victoria. All of these women are skilled fighters and show tremendous strength of character in the face of adversity. Kannon manages to save herself from numerous situations, starting with the bully cadet in the dojo back home, and continuing in the arena in Ancient Rome, where she takes Victoria’s place as a Gladiatrix to gain information that might help her find the missing agent. All three women also show fierce determination and suffer personal sacrifice to protect the interests of others: Yuki by abandoning her home country so she can adopt and raise Kannon, Victoria by continuing in law enforcement even after her daughter is kidnapped as a warning, and Kannon by risking her life to try and rescue Victoria, even though she does not know whether Victoria is really her mother. Kannon also stands up for weaker gladiators when they are abused by their rivals, and fights to protect the male slave her mistress bestows on her from the constant threat of rape and violence he is subjected to as a captured slave living in Ancient Rome. It is interesting that in this fantasy narrative it is the warrior female that is called upon to fight for the rights and honour of the male character, Alexander, who although trained as a gladiator, is no longer allowed to fight. Kannon’s very name is defined in the story as “she who hears all cries for help,” and Kannon explains that Yuki, being Buddhist, had named her after the Japanese Bodhisattva of Compassion. Thus, the most powerful supernatural beings of the novel are also female, with the goddess Isis and her devoted servant, Cleopatra, being the central deities involved in the Isiac rituals.

Another fascinating element in the story is the alternate history described. According to NTA officials that Kannon interviews, the NTA was set up by President Kennedy two years after NASA was started by Eisenhower. During the Cold War the time investigation program was opposed by J. Edgar Hoover, who believed its function overlapped too extensively with his newly formed FBI. As a result of complex political motivations, use of the time portals was restricted such that only events occurring over thirty years in the past could be investigated, to limit any potential influence on the present day. Despite claims that no alterations could be made in the past, the America of Gladiatrix is vastly different to the one we know. The nation is split along a religious divide between the Isiacs, and a group of fundamentalists known as the Moral Legion, with religious freedom under threat amidst claims the Isiacs once engaged in human sacrifice. Victoria’s mission in Rome 8AD is intended to settle the dispute between the two powerful religions and bring an end to the violent riots occurring across the nation. There are also a number of unfamiliar technologies that exist in addition to the time portal itself, that make the setting of the story unique.

A large portion of the narrative takes place in Ancient Rome and it is clear the author did extensive research to add authenticity. However, by far the best aspect of the novel is the character, Alexander, the former gladiator who was sold to Domitia Crassus, Kannon’s mistress, before the narrative begins. After impressing Domitia with her fighting skills, Kannon is given Alexander as a reward, despite being morally opposed to slavery and not wanting someone spying on her investigation. Alexander is uncooperative and hostile and Kannon finds herself exasperated by his attitude, particularly when Domitia requires that they fulfil the roles of Cupid and Psyche in a theatrical performance for her guests. While Alexander remains difficult for some time, after Kannon rescues him from assault from a powerful Roman citizen he starts to respect her. Eventually Kannon confesses the truth of where she came from, offering him his freedom if he assists her in finding Victoria. Alexander adjusts to the knowledge of time travel impressively, and soon learns to master the technology Kannon has brought with her from her own time. As they continue Kannon’s quest they come to rely on each other more and more and a deep friendship develops. The promise of more than friendship is what drives much of the narrative, always keeping the reader wanting more of their story. When Kannon discovers Alexander was a Spartan warrior before his enslavement, she comes to understand him better and they become very affectionate. (And let’s face it – who doesn’t love a sexy Spartan warrior?)

Unfortunately there are also various weaknesses to the novel Gladiatrix that also warrant mention. One element that I found quite jarring was the occa-accented first-person narrative, in conjunction with the overly Australianised setting at the beginning of the story. The level of description of the Australian landscape seems almost defensive, particularly as after establishing this setting the vast majority of the present-day action actually occurs in America. While it is very beneficial to have Australian authors making a name for themselves, and particularly the underrepresented female authors of the same, the lengthy descriptions at the outset of the story drag quite a bit. Given the fact the novel is very long, this slow beginning is hazardous and runs the risk of readers giving up on the book before getting to the “good stuff.”

Another problem with the novel is the way certain issues are handled in a less than sensitive manner. There is a substantial degree of religious intolerance and rape and mutilation are treated rather casually in parts. Also, when a particular character dies graphically in childbirth, this only warrants a sentence of reflection from Kannon’s perspective about how she is determined not to let anyone she loves die. The person responsible for allowing this woman to die horribly not only fails to be punished in the story, she is actually rewarded extensively. Furthermore, after a very disturbing rape scene late in the novel, when a dagger is thrown at the offending groin it misses, which is again hardly providing narrative satisfaction for the reader. While being set in Ancient Rome necessitated a lot of the violence depicted, some of it still seemed gratuitous even under those conditions.
The plot also carries some holes with the contrived thirty-year rule being the only reason Victoria cannot simply go back in time to find out what really happened to her kidnapped daughter. There is also a rather disappointing resolution to one of the major trials Kannon faces in her search for Victoria, with a deus ex machina style intervention saving her at the last moment. (After all, when one is reading with bated breath as the protagonist dangles over crocodile-infested water, it is rather a let-down to have the dramatic scene end with a knock on the door and a man apologising for a simple misunderstanding.) However, by far the most unfortunate element is the fact that the central mystery of the novel, namely whether Kannon Jarratt is Victoria Dupree’s daughter, is given away in the series title: The Kannon Dupree Timestalker series. It seems reasonable to demand that such a spoiler not exist on the front cover of a detective novel!

Overall, Gladiatrix is worth reading, although I would not recommend it for a young audience due to the level of physical and sexual violence present in the narrative. The existence of time travel makes for an interesting twist on the standard detective novel style and definitely sets up the sequel Hoodwink well. Kannon is a protagonist able to sustain the narrative, even if her speech gets a little annoying in parts (I am hoping for more of Victoria’s narrative perspective in the next instalment). The length of Gladiatrix makes it a substantial time investment, however there are high points throughout the story that definitely make it worth the effort.