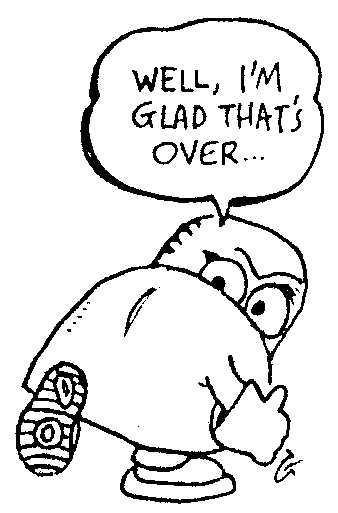 “Well, I’m glad that’s over,” says the person who looks suspiciously like a Minion. It’s Friday so she’s referring to the week behind us.