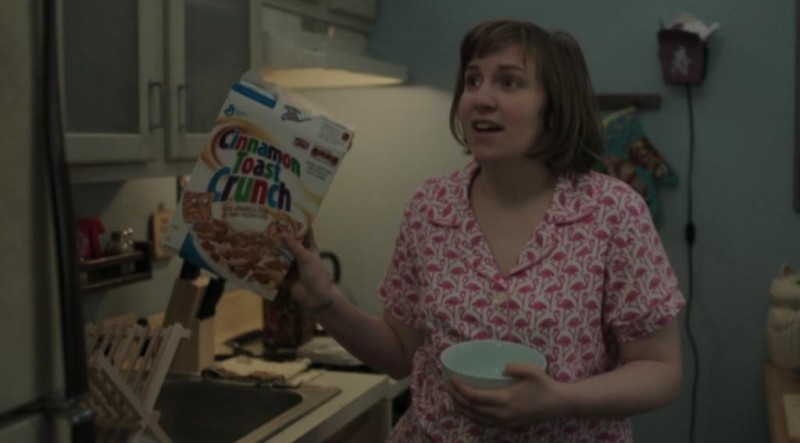 Season four of Girls HBO sees Hannah (Dunham), Marnie (Williams), Shoshanna (Mamet) and Jessa (Kirke) traversing: going to an Iowa-based Grad school; creative criticism; a failed apology; dropping out from an Iowa-based Grad school; an unfaithful partner; a parent revealing they are gay; an adulterous relationship; a disastrous home birth; a relationship with a co-worker; the struggle to find employment; a new teaching job; the realisation of a career in the music industry and unrequited love.

That’s it. I don’t even care that it isn’t The Walking Dead. Someone throw Marnie to a zombie. Last season was when I first started really disliking Marnie but she still maintained some redeeming characteristics. This season of Girls HBO has seen her devolve into an entirely unlikeable character. Or, as I like to call them, zombie chow.

While I have come to love these characters, my love is not blind. They make some really stupid decisions. But who hasn’t? The main reason I love these characters is that they are not infallible. They make mistakes but they drag themselves or each other up by the scruff of the neck and get on with it. Except Marnie. She needs to be mauled by zombies. Lots of zombies. A plethora of zombies, if you will.

Have I mentioned how much I adore Lena Dunham? Oh, I have? Well, strap yourself in because I’m going to do it again. The woman can write, she can act and she is funny to boot. Give her ALL the awards.

Season three of Girls HBO saw the girls’ experiences over 12 episodes while this season has gone back to the original format of 10. I must admit, I found this a bit jarring as I hadn’t expected it to finish so suddenly. However, upon rewatching I realise the final episode couldn’t have been anything but the final episode in the season. To have that episode followed by another two would have disjointed the season.

‘I just realised I got so good at taking selfies, I wasn’t feeling challenged anymore.
And then I thought, ‘What would happen if I turned the camera around?’’