According to Meg Vann, CEO of the QLD Writers Centre:

‘Genre fiction often gets overlooked at Australian literary festivals, but it’s the source of many of our most enduring stories and it bridges media such as film, games, and comic books in addition to fiction. We believe genre fiction authors … (will)…  benefit by meeting and developing networks with each other. We’ve started GenreCon* to celebrate creators of genre works and the contributions they’ve made to the Australian literary landscape, and to foster the next generation of genre writers as they build their careers.’

Having served on the management committee of Romance Writers of Australia, founded the Vision writers group, been published in children’s fiction and last year joining Sisters in Crime before my paranormal-mystery came out, Genre Con was a weekend to catch up with people from the different strands of my writing life. It was also a chance for me to meet British fantasy author, Joe Abercrombie, whose work I admire. 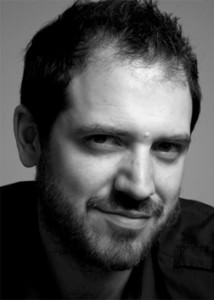 When I learned I was chairing a World Building Panel with Joe Abercrombie, Anna Campbell and PM Newton, I wondered how this panel should be approached. Since we were all experienced writers and our audience, for the most part, were also experienced authors, a discussion on basic world building would be boring. I decided to tackle the subject through the lens of the authors’ books. 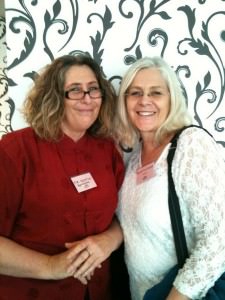 I’d already read both Joe and Anna’s books, but I bought their most recent ones and read these. And I bought PM Newton’s book The Old School to read. Then I based a series of questions on the way they world built for the fantasy, romance and mystery genres.

I suspect all the panel chairs and participants were faced with this dilemma—the usual questions and responses were not applicable. With a highly literate audience, we needed to stimulate more in-depth discussions.

Joe was wry and charming. You wouldn’t think he writes such bleak, gritty fantasy books. He said he tends to write the dialogue first then go back and add the descriptions, ‘the eyebrows’ as he puts it. With his background in film, he said some writers write using a metaphorical Wide Screen, but he is more like Sergio Leone and uses Close Ups.

I asked him about Glokta, the torturer in his first trilogy. With Joe being a young man, I asked how he came to create Glokta, the embittered man crippled by torture. Joe said he had suffered from a bad back and he drew on this experience to create a character who had suffered so much he had no empathy left.

Over the weekend there was a mixture of writing craft panels and industry panels. The panel Other than the Advance had a full audience. We were all hoping for some insights into making a living from our writing. The panelists were writer Shannon Curtis, agent Sophie Hamley from Cameron’s Creative Actors and Literary Agency and editor, Joel Naoum from Momentum, the E-book branch of Pan Macmillan.

The consensus of the panel was that it is very unusual for writers to make a living from writing. But there was some positive discussion about Kick-starters or Crowd Source Funding. Joel mentioned UK based, Unbound, as an example of a new publishing process. With Unbound authors pitch their book to the world and readers decide which books they support. The site says:  ‘There are several levels of support, each with different rewards. The higher your pledge, the greater the rewards you’ll receive, from your name in the back of the book to lunch with the author. Plus you can alert your friends and earn Unbound credits on the site when they support a project too.’

The publishing world is changing and we, as authors, must keep up with the changes to guide our careers and nothing made this clearer than the Sunday morning session. 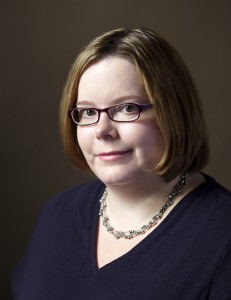 Ginger works for Curtis Brown New York and, as such, she has her finger on the pulse of how the publishing industry is going in the US and the UK. The big news of the Genre Con weekend was that Random House had bought Penguin, reducing the Big 6 to the Big 5. (There were lots of jokes about Random Penguins which soon devolved into Randy Penguins).

Brick and mortar bookstores are struggling. With the US book chain Borders collapsing, Barnes and Noble teaming up with Microsoft (investing $300m) to develop the  Nook (e-book reader), and UK book-chain Waterstones making an alliance with Amazon to sell Kindles it is getting harder and harder to launch new authors. Although, Ginger was quick to say, agents and publishers are still looking. She also told us that Barnes and Noble and can veto a cover if they don’t like it.

Publishers are offering lower and lower advances, and low royalties on e-books (25% of the net). Publishers also want more rights, including audio books (which are big in the US), and multi-media rights (which they like to hold onto, virtually freezing them).

Some publishers have made attempts to grab the e-book rights of books that they printed fifty years ago. Litigation is currently being undertaken by one of Curtis Brown’s authors to decide this. (Personally as an author, I don’t see how a publisher can claim to own rights which were not even invented when the contract was written and signed).

Harlequin has been taken to court by authors who are receiving 5-6% of their e-book royalties when they have a contract which says they should receive 50%. (For more details see here).

As Ginger explained it, the role of agent is expanding. She deals with publishers on behalf of the author of course, but she also advises authors on hiring freelance publicists. With the publishing industry in upheaval there are a lot of editors moving around, or moving on and offering freelance services. When an editor leaves half-way through the editing of a book Ginger has to ease the transition to the new editor.

Nowadays, Ginger spends longer working with a client on a book, going through several drafts or hiring one of those freelance editors to polish the book before submitting.

Boiling it down, as an agent she is doing more of the publisher’s job, while still arguing over rights.

Her job as agent has expanded as she is now helping authors self publish their back-lists, arranging editing, cover design and proof reading. With her knowledge of the industry she can make sure the back-list books have distribution and good coverage with e-book distributors.

Of course, authors need to present themselves professionally online and be a self promoter. In the end, she said, it all comes down to delivering a good book that people will recommend to their friends.

The weekend closed with a debate: Plotters Versus Pantsers. Kim Wilkins was on the plotters team and she opened by displaying a glass of water and declaring, ‘this isn’t a glass of water, it is an ice sculpture in the planning’.  The rivalry between the two styles of writing was intense. Unfortunately, I had to dash out to catch a taxi to the airport so I missed the full debate, having to leave with the sound of laughter echoing in my ears.

It was an entertaining weekend. The authors were universally inclusive and supportive. The QLD Writers Centre staff did a brilliant job organizing the event and the Guests of Honour were approachable, well informed and charming. Meg Vann tells me the QWC plans to hold the next Genre Con in Queensland. I’m looking forward to it.

*GenreCon is an initiative of  Queensland Writers Centre (QWC) being presented under The Australian Writer’s Marketplace (AWM) brand.

NB: Any inaccuracies when Rowena quotes people are her fault; trying to decipher her real-time scribble as people spoke.

I interviewed Rowena in 2011; that interview is available in MP3 and text format with lots of linky goodness.