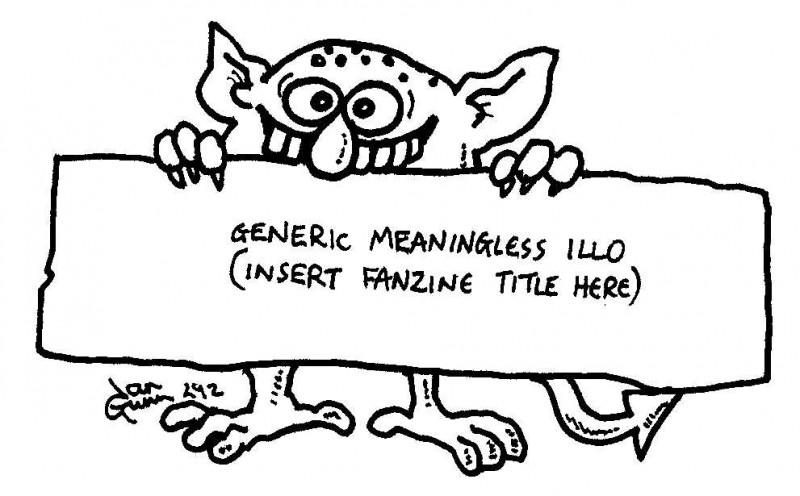 As I’ve said before, Ian Gunn drew illos (illustrations) for fanzines. Fanzines were newsletter-style paper versions of websites before the internet was invented. Some clubs still celebrate their fandom with fanzines today. Ian, however, has a particular sense of humor. Thus, instead of drawing an illustration for a title, he added humorous text. Thus the generic illo was born.