Frost Burned is book seven of Patricia Briggs’ Mercy Thompson paranormal romance series. The book begins by recapping for the readers Mercy’s new status as mate to the local werewolf Alpha, Adam Hauptman (thereby also becoming stepmother to his teenage daughter, Jesse). Mercy is a were-coyote mechanic whose house is next door to Adam’s, a source of much tension in the earlier books. As Mercy is not a werewolf she technically owes no pack loyalty to Adam, however, in the first book of the series she saves his life when he is exposed to a dangerous concoction designed to affect werewolves.

Character arcs across the series

As their relationship develops in the proceeding novels, Mercy begins to fear the overwhelming power of the “mate bond” which allows her to sense and communicate with Adam telepathically. However, by Frost Burned, Mercy has mostly settled into pack life and is getting the hang of having parental responsibilities as well. She is still facing the challenge of establishing a name for herself beyond “Alpha’s mate”, but her fear of commitment is subsiding. It is within this context that she ends up in the middle of a hostage situation involving the entire pack!

While out shopping on Black Friday with Jesse, Mercy has a car accident in her beloved (but ancient) VW Rabbit. She can’t reach Adam or rest of his pack members. Mercy soon discovers the whole pack have been kidnapped. She has to team up with some other paranormal beings to mount a rescue, including vampires and fae creatures from earlier instalments of the series. As different species are slowly revealing themselves to the human population and integrating with human society, these alliances are increasingly important to protect the paranormal community.

Frost Burned is unique compared to the other books in the series. The human character Kyle — formerly a popular character but one that very much lived in the shadow of his werewolf boyfriend, Warren — definitely comes into his own in this novel. Having established werewolf culture as patriarchal and socially regressive at the beginning of the series, Briggs uses the continued acceptance of Kyle and Warren’s relationship to demonstrate Adam’s more progressive stance. His increasing reliance on Mercy as an equal also shows his capacity to change, respecting her ability to rescue them all.

Another unique element in this book is the inclusion of a section of narrative from Adam’s perspective. This was a particular favourite among fans and a necessary practical choice, since Mercy and Adam spend the majority of the text separated. While Mercy’s narration remains in the first-person, Adam’s interlude is in third-person, showing what is happening to him and the pack while Mercy investigates their disappearance. The strength of their mate bond allows Mercy to see through his eyes and interact in his environment. Although physically apart for much of the story, their romance is still strong.

In terms of recommendations, fans already familiar with the series will no doubt want to read this instalment because of the special opportunity to see things from Adam’s perspective. For those who haven’t started the series, it has not yet reached an unmanageable catch-up level, with eight books currently released and a ninth due for release March 2016. Given the fact the books are not tremendously long and the author is engaging, I would argue that whether you are an avid or casual reader of paranormal romance that it is worth investing time into the Mercy Thompson series.

Evie Kendall discusses serialisation in romance in this essay. 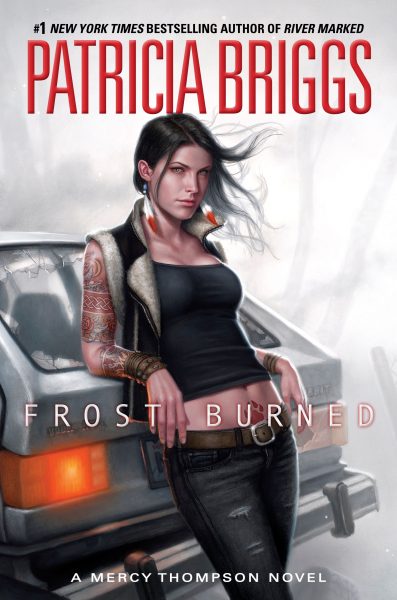