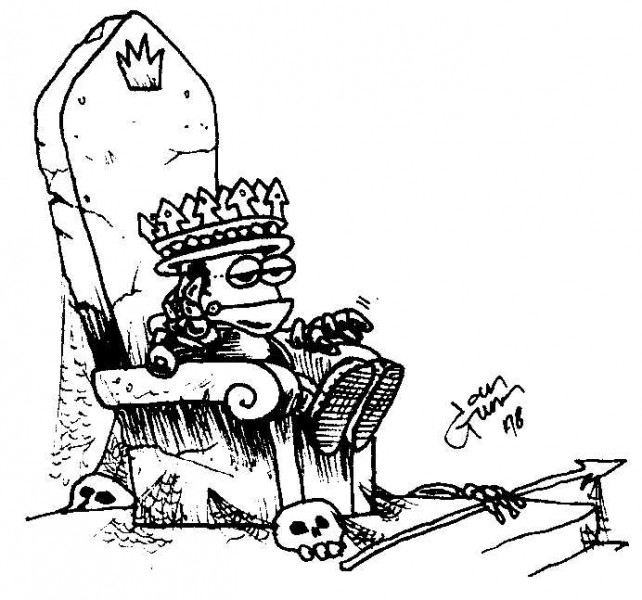 You’ve heard of the Frog Prince, right? Well, here’s the Frog King. He looks a bit like Kermit in armor and a crown dumped into Neil Gaiman’s Sleeper and the Spindle.