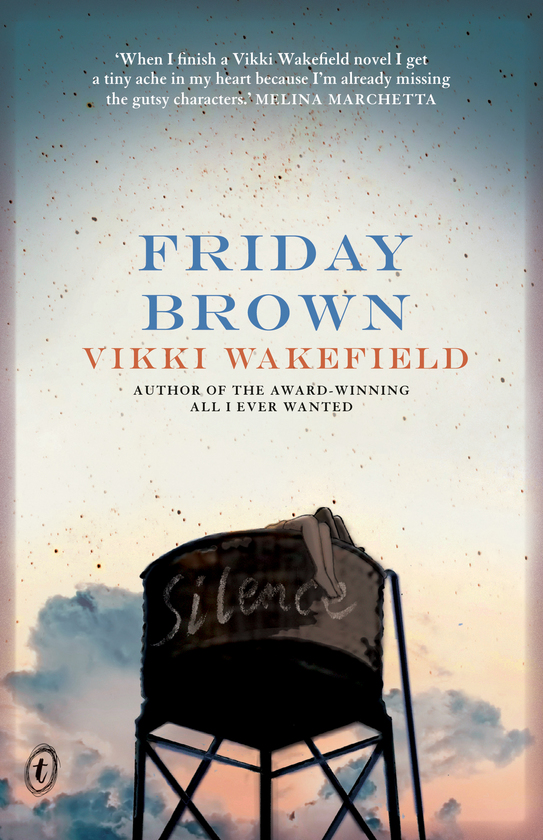 Friday Brown comes from a long line of women who all drowned on a Saturday, which is why her mother called her Friday. After Friday’s mom died — drowned in the fluid in her lungs on a Saturday — Friday runs away from her grandfather’s home to find her father.

When she gets to a city — I visualized Melbourne but I’m not sure if the city was ever named — Friday meets Silence, a boy who was brutally abused as a child so he rarely speaks. Silence brings Friday to a squat where she joins a crew who must earn $200 a week each to contribute to Arden’s kitty. Arden is their Fagin, concerned only with the money and not with the means of teenagers and a child earning their way.

As characters unfold, the stakes are raised: how trustworthy are any of the squatters? The stakes kept ramping up while I waited, expecting certain outcomes, only to be surprised.

Friday Brown is a beautifully-written compelling read with fascinating, complex characters. Although it’s located in Australia, the setting could equally be somewhere like Illinois or Texas, comprising of cities surrounded by deceptively appealing countryside with a history. Highly recommended.