The singularly most formative fiction, or formative work of genre fiction for me was ‘Triantiwontigongolope’. My father bought a poetry book after I admired it in a corner store, age four or five. We brought it home and I started reading it – or trying to. ‘Triantiwontigongolope’ has a fun double-page spread depicting “the trees and grass [as] purple and the sky [as] bottle green”. There was also a cute alien-looking creature.

One day my father insisted I read it to him. He was a demanding perfectionist. Scared of failure, I did not want to read a poem with such long words out loud to him. So I mocked the poem, saying it was silly, and flipping pages to read a different – easier – poem.

He insisted. “Just imagine if that world was real.”

I thought about it. “Could I be normal in a world like that?” 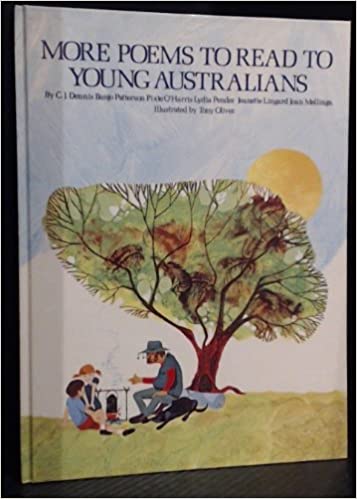 This was a formative moment for me because, from that time, I believed other worlds could be more accepting of me as a disabled person. Thus, my love of speculative fiction was born.

Since then I’ve consumed thousands of stories in various formats. I’ve done a lot of the reading we’re “supposed” to do to be “properly formed” as fans of the genre. I read Tolkien and CS Lewis as a kid; Stranger in a Strange Land when I was fifteen; Asimov and Silverberg and the authors in those yellow scifi anthologies and many more.

Stories were always about others

However, I don’t remember seeing myself in many stories. A little in Chocky as a gifted child who was also deemed “weird” because I’m disabled. I saw myself more in The Chrysalids with its eugenics tropes. I don’t recall identifying with the children in the Narnia Chronicles: ironically, they seemed alien. Although I loved stories, I didn’t usually feel “seen”, I rarely identified with characters.

Andra upset me. I was in primary school when I first watched the series and read the book. After her accident blinded her, authorities wanted to euthanise her. An operation restored her sight, changed her permanently, and the aftershocks ripple throughout the story. Her death at the end fits with so many stories about disabled people, a trope that became Paul Darke’s “normality drama” twenty years later. It was confronting for a child.

Empty World terrified me: I had nightmares for years after reading, aged ten, a story about a pandemic that left just a few children survivors. I figured I would probably be like the child who, believing he was alone in the world, committed suicide minutes before the others found him. I’ve never re-read it: the story imprinted so strongly on me that certain scenes are just as vivid now as they were decades ago.

Reading Heinlein’s Friday was a revelation: a woman was the centre of a story by a man! I enjoyed it but moved on.

Bareback’s doctors had the ability to choose – to some extent – who to make disabled to serve society. Melora’s doctor could give her medical treatment to enable her to cope with Earth-normal gravity. Bareback’s “barebacks” had no choice and could not become “not disabled” in society’s eyes. In contrast, Melora chose not to accept treatment because, after treatment, she would never be able to return to her home planet. She effectively became disabled by choice, another ableist trope. And then she disappeared from the series, another “normality drama” ending with the removal of the disabled character.

And don’t get me started on Star Trek’s portrayal of my disability, albinism. I have a word limit here! Let’s just say I prefer not being “seen” by Star Trek’s writers.

Diverse characters are becoming more common but inclusion does not automatically make good representation. Many people told me I should be “grateful” for Zeroes with its “blind” character whose superpower is sight (groan) and Akata Witch despite its similar ableist tropes. Authors, write what you know or do excellent research and consult with “own voices” editors and beta readers.

Discerning fans evolve from reading and viewing stories from diverse genres. It’s also necessary to read good quality writing as well as some garbage, in order to learn what works and what doesn’t. This is more important, more formative, than reading dead white guys. A discerning reader can tell the difference between the author who focuses on twentieth century genre fiction and an author who explores diverse stories. Don’t live trapped in the past.