Once again, dear reader, I’m publishing an assignment for university, this time on foreshadowing. The downside is that this is a presentation, it isn’t technically a review and it DOES contain spoilery material. The upside? I compare two literary novels, one of which I don’t have the motivation, incentive or inclination to finish and one of which I loved in spite of it being a suburban tragedy, literary fiction and in no way related to science fiction or fantasy. Go figure.

FYI: the book I loved was Of a Boy by Sonya Hartnett. Skip the spoilers and go and read it.

Foreshadowing is essential in good storytelling to avoid cheating the reader. Foreshadowing is a warning, indication or portent relating to a future event (Oxford Dictionary, 2014). According to Jack Hart (p28, 2011) ‘The exposition phase of the story is also the place you tease readers into the action line by foreshadowing the dramatic events that lie just ahead.’

Another means of foreshadowing and avoiding a deus ex machina is to use Chekov’s gun. Deus ex machina is from Latin, meaning ‘god from the machine’: it’s a plot device where an insolvable problem is magically resolved by a contrived means (Wikipedia, 2014). Chekov’s Gun is in apposition: ‘If you say in the first chapter that there is a rifle hanging on the wall, in the second or third chapter it absolutely must go off. If it’s not going to be fired, it shouldn’t be hanging there,’ (TV Tropes, 2014).

Canada vs Of a Boy

In Canada, Richard Ford tells us the protagonist’s parents will rob a bank. Repeatedly. On pages 1, 20, 40, 59, 63… In Of a Boy, Sonya Hartnett foreshadows tragedy with another tragedy: the three missing Metford children foreshadowing the loss – and consequences of the loss – of Adrian and Nicole.

Foreshadowing in Of a Boy

In the prologue the omniscient narrator foreshadows the disappearance of the Metford children in a number of statements including:

Significant foreshadowing occurs throughout Of a Boy including:

Canada failed to engage me because Ford harped on about the future, using too much exposition with too little showing, crossing the line into melodrama. In contrast, Hartnett builds tension through foreshadowing, first with the disappearance of the Metford children, then weaving the public consciousness of their story into Adrian’s story. Hartnett uses imagery associated with water, starting with the sea monster and Adrian’s fears, linking the pool as something sinister, gradually building tension to a crescendo. Although there’s a sense of inevitability to this suburban tragedy, Hartnett’s excellent prose and imagery creates a riveting read. 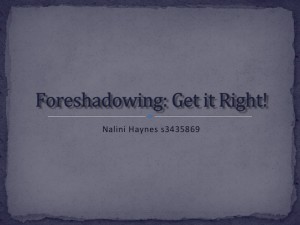 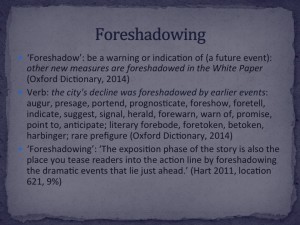 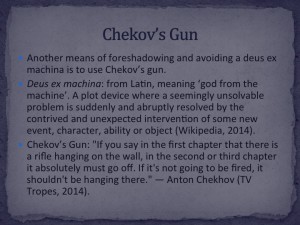 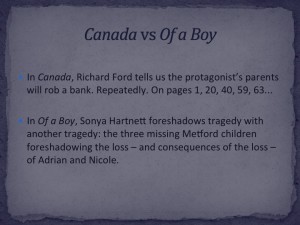 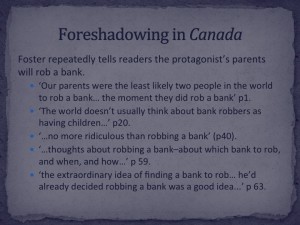 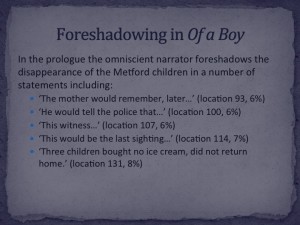 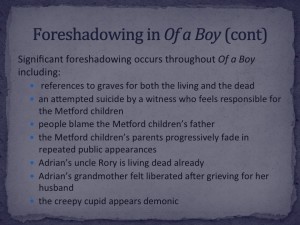 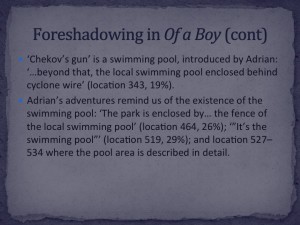 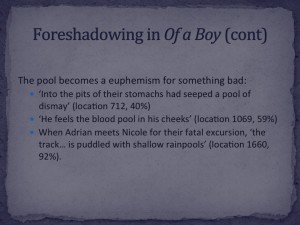 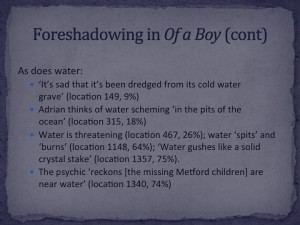 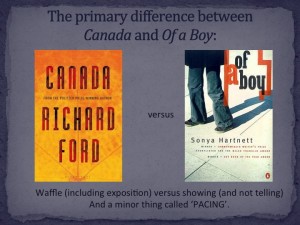 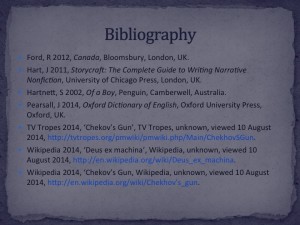