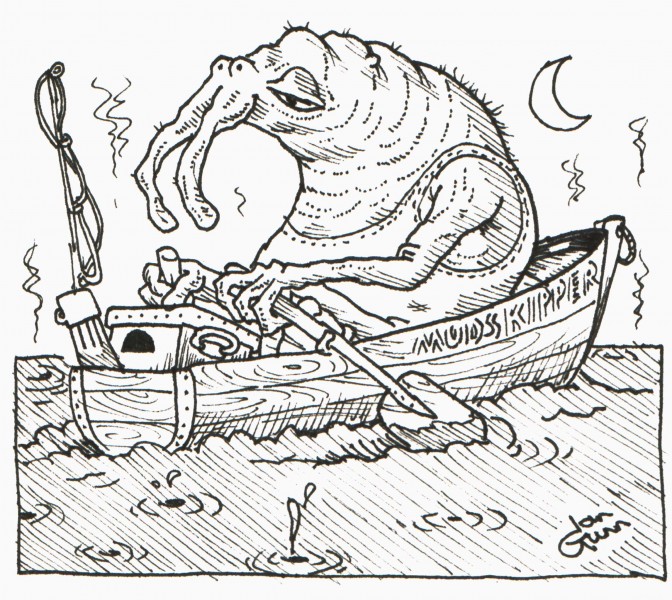 A fish alien goes fishing in a boat on top of the water… His dingy is called the Mud Skipper so maybe he’s on the mud IN the water?