In a parallel universe set in contemporary Australia, a group of Moari and Indigenous Australians have too much hair — like werewolf too much hair — but they’re still people. However, authorities have branded them ‘Hairies’ and decided they’re subhuman. They’re mostly allowed to live in a West Bank-style walled ‘Zone’ but, if they escape, they’re shipped off to concentration camps as if they’re asylum seekers but in their own country, the country they’ve inhabited for 80,000 years. Sounds legit.

Koen West (Hunter Page-Lochard) is a people smuggler. He smuggles a family of five hairies out of the Zone and sets them up in a flat, significantly smaller than the one he promised them. He takes their money then, once safely away, he phones the authorities to collect a reward for dobbing them in to the Containment Authority.

A tip-off to the media ensures a camera crew records the take-down, including a Containment Authority security guard shooting a child because one of the adults was trying to get away.

The minister for bastardry — not, as it happens, Peter Dutton nor even a look-alike — Geoff Matthews (Andrew MacFarlane) threatens media mogul Jarred Slade (Iain Glen aka Jorah Mormont, Jack Taylor, Sir Richard Carlisle and a host of other roles). Slade blows him off and runs the piece anyway.

Turns out this media mogul seems to have ethics and integrity. He even seems to want to help the underdogs. Wow. How unusual.

Slade’s wife is Doctor Charlotte Cleary (Frances O’Connor) who works with ‘humans’ and ‘hairies’ in the zone and, at a posh party, Slade and Cleary use coffee with varying amounts of milk to illustrate that we’re all human.

The minister says, ‘I’m a flat white man myself’ and walks away. But we already knew he was a racist asshat.

Jimmy West (Jack Charles) is trying to achieve something, rushing from one person to another and being brushed off by them all because he’s ‘crazy old Uncle Jimmy’. Then he’s dead. Mysteriously.

Waruu West, Koen’s brother, is a kind of elder of his tribe and expects to inherit Uncle Jimmy’s role as Cleverman, which seems to be a kind of spiritual leader or shaman. When he thinks he’s been passed over for his brother, he gets vicious on the pretext of taking revenge for Koen dobbing in the people he smuggled.

It gets extra-supernatural then we’re left with a cliffhanger for episode two. Luckily there are already 4 more episodes on iView.

Cleverman features loads of people of color, especially Indigenous Australians and Maoris, at least in part because it’s a co-production between Australia and New Zealand. There aren’t that many named white people in the show so far and they look to be in pivotal plot-related roles.

I’m not convinced this episode passed the Bechdel Test because I’m not sure if men didn’t supervise any of the rare interchanges between women. However, the advert for the next episode shows two women talking. The next zode should pass the test.

Australia rarely initiates science fiction– or fantasy–themed TV shows. I suspect Glitch is a remake or is, at least, inspired by Les Revenants. Farscape was predominantly a US production but made in Australia until 9/11 and fear of being locked down in the antipodes caused the show to be cancelled. Cleverman seems unique in that it’s Australian themed and Australian made. And man, is it political! In a good not-election way.

As a pilot, ‘First Contact’ hits the ground running. Characters are solid, acting is good. When adults mourned the death of the child, my eyes may have moistened somewhat. Koen is an ass. Waruu is going to be interesting. I love Iain Glen as Jarrod Slade and I’m glad he seems to be a good guy — or, at least, interested in reporting the truth in spite of government bans. Cleverman is a series to watch. 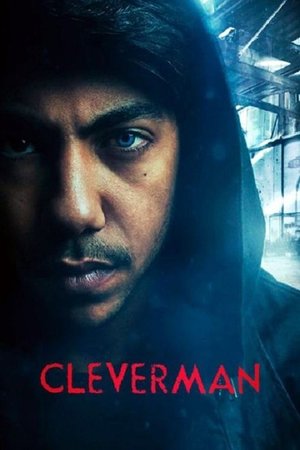